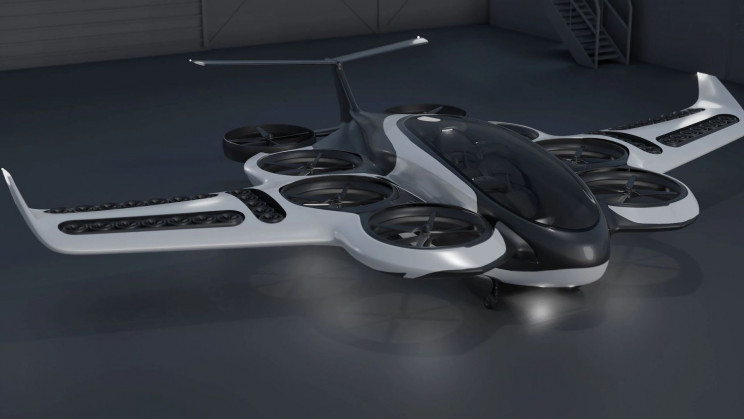 Aviation firm Paragon VTOL Aerospace has unveiled an eVTOL aircraft that uses liquid hydrogen to extend its range. Called Soar, the eVTOL aircraft has a staggering 800-mile (1,287-km) range. Soar will be powered by a hybrid-electric powertrain that uses the combustion of liquid hydrogen. The hybrid powertrain system not only reduces emissions significantly but also provides an extended range.

Soar is lifted by eight large ducted electric fans that are placed along the sides of the fuselage. Several smaller fans fixed on the aircraft’s wings ensure an agile response and quick stabilization. Apart from these fans, there are two large fans at the rear to provide forward and upward thrust.

Paragon says that Soar will primarily be used to deliver cargo and later be used “for mainstream consumers that want to experience first-class travel at a ride-share rate.”

Paragon recently bought 730 acres of land in Brownsville, Texas to build its factory and vertiport.

The company plans to launch a prototype test flight in early 2022, before releasing its final FAA-approved version in 2024.