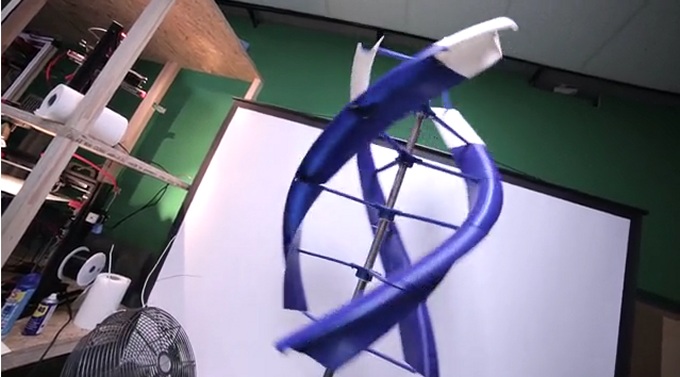 We’ve seen those so-called portable diesel and petrol electricity generators. But these portable generators are bulky and heavy to move and not very environmentally friendly.

Now, we have a technology that can really be called a portable renewable energy generator.

A Poland-based 3D printer manufacturer has recently launched a Kickstarter campaign for its AirEnergy3D (AE3D) project.

The company plans to create a 3D printed wind turbine that could produce up to 300W of power.  The power can even be stored in a battery for later use or could be hooked into a home’s grid connection. While this may not be enough power to keep your home running, it certainly is enough to keep your laptops, smartphones and a number of other gadgets running.

This portable 3D printed wind turbine can be fitted into a backpack, making it a must-have while camping in the woods or other outdoor endeavors. Assembling this turbine kit is quite easy since there is no need for power tools.  It consists of blades and a base station.

Omni3D plans to keep the design database open source so that anyone can easily build it for clean electricity in areas off the grid.