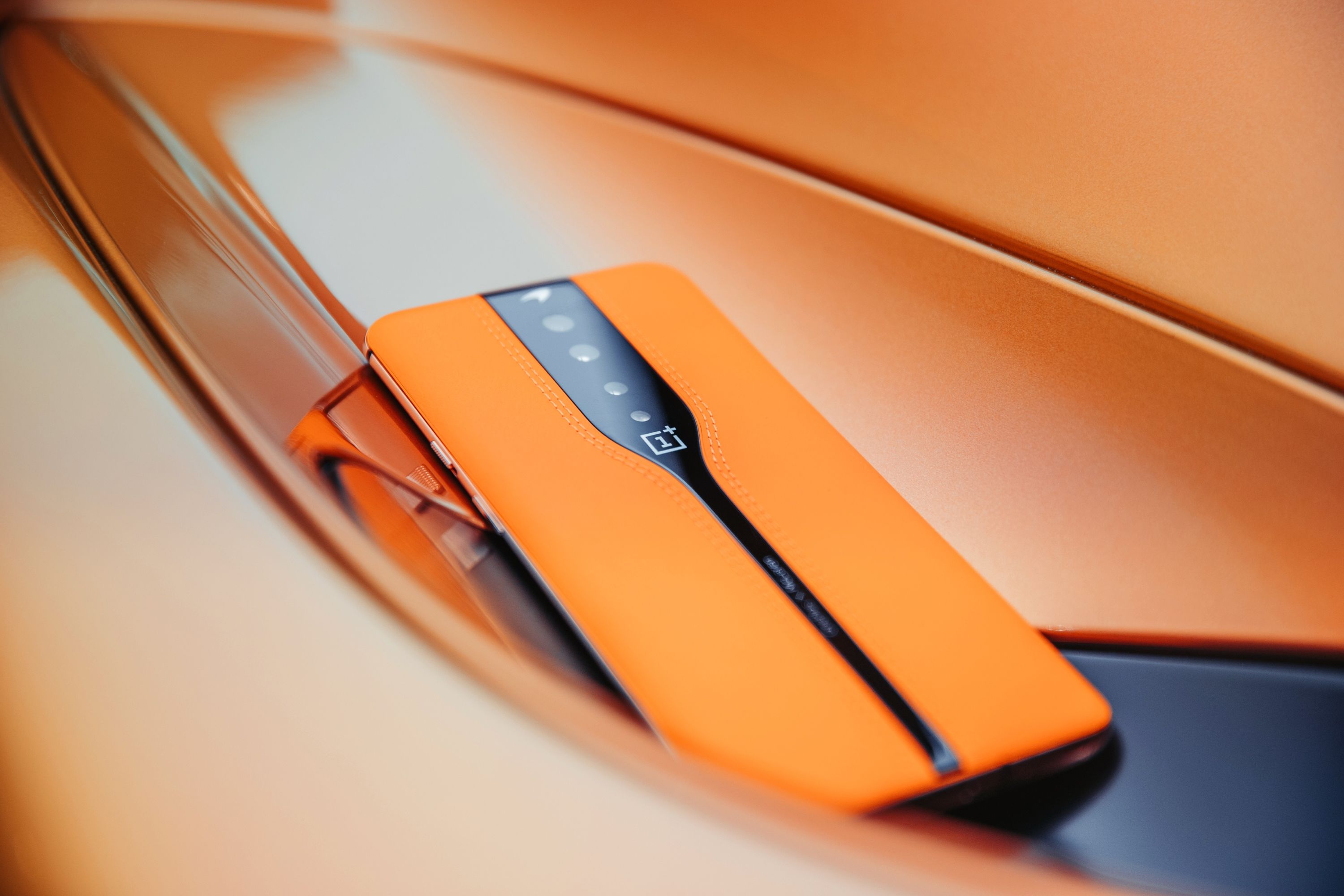 Ever since manufacturers started putting cameras on phones, we saw a myriad of different designs to surround the camera module. Some of them were genuinely unique and made the camera stand out from the smartphone. Others, not so much. Today, most phones are equipped with up three to four cameras. On most smartphones, that creates pretty large camera bumps that are hard to ignore. Aesthetically, the cutouts that contain the sensors and lenses often ruin the looks of the phone.

This might change soon, though. OnePlus, a Chinese company that specializes in producing premium smartphones, found a way to hide the cameras on their Concept One prototype. They collaborated with McLaren on the electrochromic glass, which is also used on sports cars made from the British company. Both companies had several collaborations before, mainly for producing more deluxe versions of OnePlus’s existing smartphones.

The cameras on the Concept One are situated in the middle and upper part on the back of the phone. They are covered with electrochromic glass that can change its opacity when a current is applied. When not in use, the cameras are entirely covered, which creates a cleaner and more aesthetically pleasing look. The other part of the phone is covered in leather, colored in Papaya Orange, the signature tone of McLaren.

The electrochromic glass also acts as an ND filter. This filter can be used in very bright conditions to darken the picture, or for taking photographs with longer shutter speeds. According to OnePlus, the glass can change its opacity in 0.7 seconds, which is mostly the same time it takes the camera app to launch.

The OnePlus Concept One is only a concept, though. The company doesn’t plan on releasing a model with such a camera soon. The biggest hurdle is cost – OnePlus is known for producing high-end smartphone flagships at lower prices. Features like electrochromic glass might hurt the competitiveness due to higher rates. Nonetheless, the tech might still find itself useful down the road, perhaps on smartphones made from other manufacturers.

Online Networks and What They Mean for Engineers and Scientists