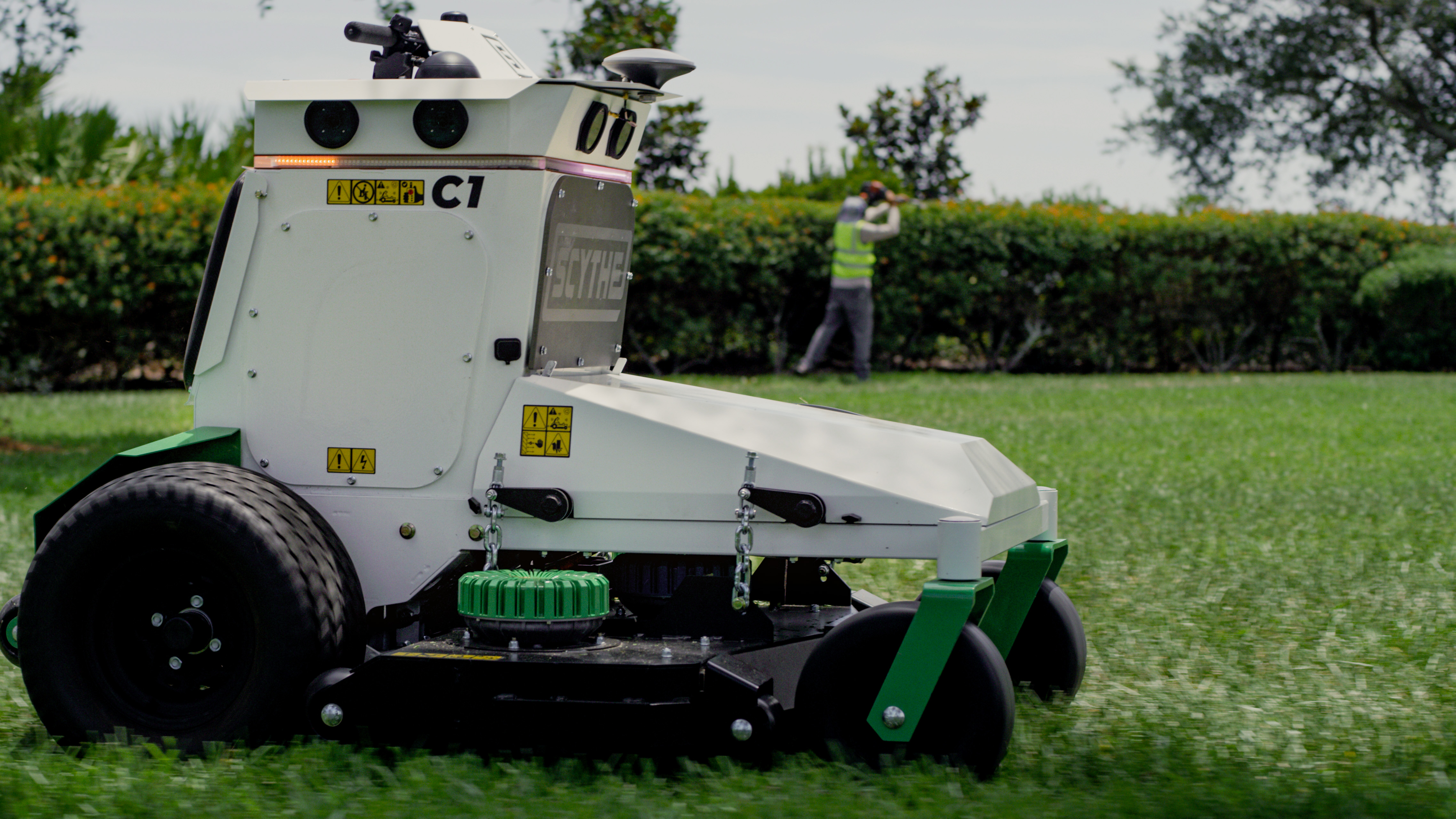 Compared to standard mowers in the market, Scythe is fully electric and, as a result, very silent. It features no belts, pulleys, oil hydraulics, filters, or other complex assemblies and has an estimated service life-cycle of 50,000 hours, which is approximately ten times more than the current industry standards.

Where NVIDIA steps in is with the provision of the Jetson AGX Xavier system, a powerful portable AI workstation module featuring 512 CUDA cores and 64 Tensor cores, controlled by an 8-core NVIDIA Carmel 64-bit CPU. The computing performance of Jetson AGX Xavier reaches 32 teraflops, while its I/O speed tops at 750 Gbps. All that is possible with just 40 Watts of power at peak, while the module can drop down to 10W when handling less intensive workloads. This portable powerhouse makes it attainable for Scythe to capture, combine, and analyze imagery with very low latency and take actions required for unsupervised operation.

The Scythe is just one of the products riding the RaaS (robots as a service) wave, which is expected to explode in size before the end of the decade. According to NVIDIA, the U.S. market for landscaping services will reach over $115 billion in 2022, and this is only the beginning.