When we look at the Renaissance of the 15th century, it’s printing press, parachute, mariners astrolabe, dry-docks improved shipbuilding, not to mention the democratization of knowledge and compare it to the pace of change today, it would seem humanity is smack dab in the middle of a new worldwide scientific and technological renaissance.

In the 1950s Buckminster Fuller noted that politicians were obsolete as problem solvers; that war was their inclination and tool when progress seemed difficult, that all human advancement comes from technological innovation.  During the past 63 years the US has been able to get by because it was relatively rich. With an increasingly competitive world and great challenges facing humanity it is time for scientists and engineers come to the fore once again.

A Signal of the Changing of the Guard

Harvard University’s School of Engineering and Applied Sciences (SEAS) is a case in point. From a university that promoted the MBA as the be all and end all of modern business, Harvard now believes it cannot be a great university without a first rate engineering program! In 2007 SEAS became a separate school within the University. With Harvard’s exceptional wealth and tradition SEAS has quickly expanded its faculty, improved its student advising, and introduced a wide range of new courses. It is expected that Harvard’s engineering program will soon become one of the best in the US and maybe the world.

Harvard’s move speaks to several of the trends currently building worldwide: new tools and methods in engineering and the sciences, new materials, computerization and digitization of everything, increasing competition among educated elites more evenly distributed around the world than ever before, and a set of environmental and technical challenges that are larger and more complicated than anything the world has ever seen.

In the same way that the Japanese applied their unique cultural assets to technology and industry we are likely to see the same from China, India, the Middle East and the rest of the world, as time marches on.

Institutions and institutional structures that have dominated societies around the world for the past 50 years are crumbling before our eyes and new institutions will be built on science and technology currently being created: to focus on what is happening in science technology is the best way to see the future.

In the generation that came of age in the 1950s in the United States, engineering was where the best and the brightest ended up. To be a scientist or engineer at that time was stimulating and challenging. In the roughly 25 years between 1950 and 1975 the US was virtually unchallenged economically and militarily and the result was a lag in innovation and advancement that resulted in shoddy products and a big slowdown in technological progress.

The challenge from Japan and other countries served to awaken the US from its slumber and things have improved significantly. However, no one country will ever come to dominate any area of science or technology again as we now live in an age of meritocracy; whoever makes the best stuff will get paid for it regardless of the color of their national flag or skin.

By way of comparison the 1950s saw the creation of the cathode Ray tube and the coming of black and white television monitors ushering in a new information revolution. RCA added color telecasting to the television in 1953. In 1954 the first coast-to-coast color television transmission took place and the first all-transistor radio was invented. Finally in 1958 the integrated circuit, the basis of the coming computer revolution was invented.

We are obviously living in a different time now where the pace of change has sped up considerably and the way we communicate contributes to the quick progress of knowledge and learning.

While we are mired in an age of political gridlock and the ebbing of financial services as a panacea, science and engineering may once again become the most desirable professions as they are the only arena in which the current problems facing humanity can be solved.  Finally the importance of technological advancement to international competitiveness will likely force lackadaisical politicians into supporting science and technology as a matter of self-preservation rather than knowledgeably supporting something they are mostly incapable of understanding

ICT & the Future of Networked Cities 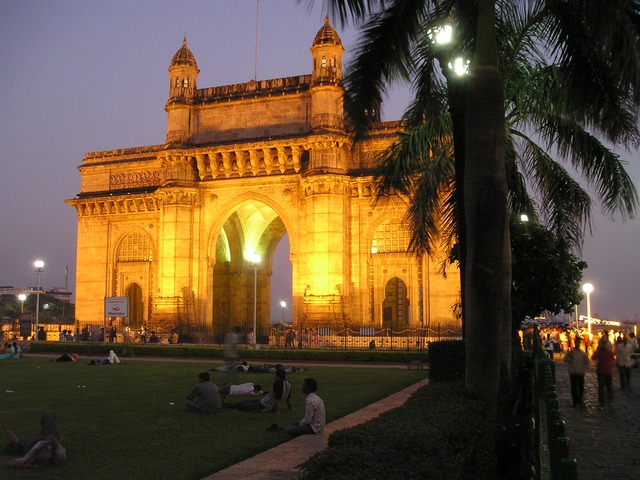 Watch Boats Sail Upside-Down on an Ocean of Levitating Liquid