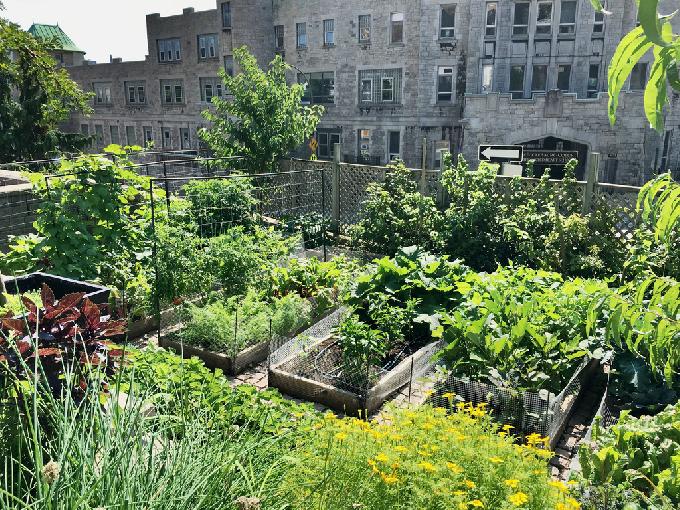 For about the last century, farms kept getting bigger and bigger and so did farm equipment. Just when it seemed that farms could get no larger, a new effort to create healthier people and sustainable cities is bringing farming back on a small scale, making it possible to turn any unused urban space into a neighborhood farm.

Urban Farming on the Rise Around the World

Rooftop farming, a subset of urban farming, is becoming popular in cities around the world, from Brooklyn to Tokyo. Urban farming is similar to community gardening, homesteading or subsistence farming, but incorporating new urban farming techniques such as aquaponics and aquaculture.

Nearly everyone who shops today is well aware of fruits and vegetables grown hundreds or thousands of miles away but optimized for shelf life at the expense of taste, nutrition, color, texture, etc.

The fact that 10 acres of urban farms can produce 35,000 pounds of food and employee 35 people means that more and more cities and their communities are considering urban agricultural projects. Bringing farming to urban areas will also affect the way people interact; close knit and formal Asian societies were built on agriculture and farming on a small scale naturally brings people together.

In addition, there are many environmental benefits of urban farming for cities, such as added greenery, better control of runoff, better shading and the moderation of urban “heat islands.” Cutting down on the number of miles food needs to travel, either via plane, train or truck improves air quality as well.

The HK Farm in Brooklyn, New York is a community centered urban farming collective founded in 2012 by Michael Leung and other aspiring green thumbs and artists. The group regularly builds a variety of gardens from an acre rooftop to a window box.

Another organization called Aqualibrium sells aquaponic and hydroponic gardening systems that are food grade, made of BPA-free plastic and grow larger plants such as tomatoes. The company received $150,000 from a Kickstarter campaign and has sold more than 300 gardens thus far.

Aquaponics grows crops using a re-circulating system with plants grown vertically on raised beds. Aquaculture allows for the cultivation of aquatic animals such as Tilapia and Yellow Perch which fertilize crops and herbs growing nearby.

In Seattle an organization called Beacon Food Forest (BFF) is a woodland ecosystem described as the latest evolution in urban farming. BFF is partly funded by local government.