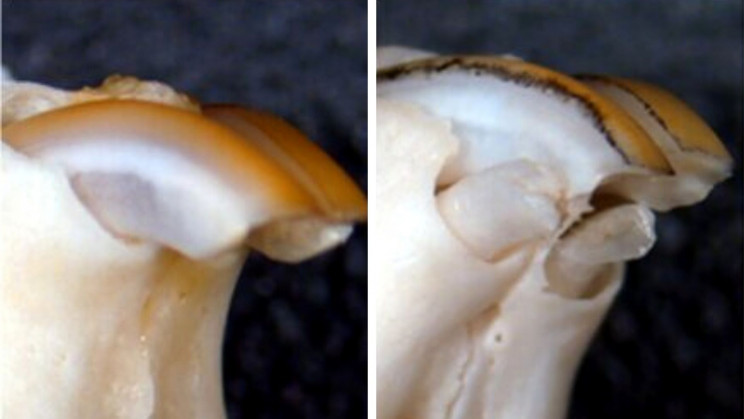 A new experimental treatment could help us say goodbye to dentures. This innovation can give us a way to grow missing teeth in the coming future.

Japanese scientists developed a new drug that helped them regenerate lost TEETH in mice and ferrets. For this, researchers investigated the genetic foundations behind tooth formation in early human development.

In case researchers succeed in their experiments, it could ultimately put forward a way to regrow teeth lost in adults suffering from congenital conditions.

Researchers found that an antibody for one gene stimulated teeth growth.

Gene uterine sensitization associated gene-1 or USAG-1 was found to allow teeth to grow back. While experimenting with mice and ferret, missing teeth were seen to regrow fully.

But the researchers state that the molecules behind tooth development were already known to them. Katsu Takahashi, one of the lead authors of the study said, “The morphogenesis of individual teeth depends on the interactions of several molecules including BMP, or bone morphogenetic protein, and Wnt signaling,”

Researchers knew that USAG-1 interacts with both BMP and Wnt, and suppressing it would benefit tooth growth. “What we did not know was whether it would be enough.”

On experimenting with this antibody, researchers found that BMP signaling is essential for determining the number of teeth in mice. Researchers discovered that with just a single administration they were able to generate a whole tooth.

But as ferrets have similar dental patterns to humans, this research is considered to be very significant.

Takahashi said, “Ferrets are diphyodont animals with similar dental patterns to humans,” “Our next plan is to test the antibodies on other animals such as pigs and dogs.”