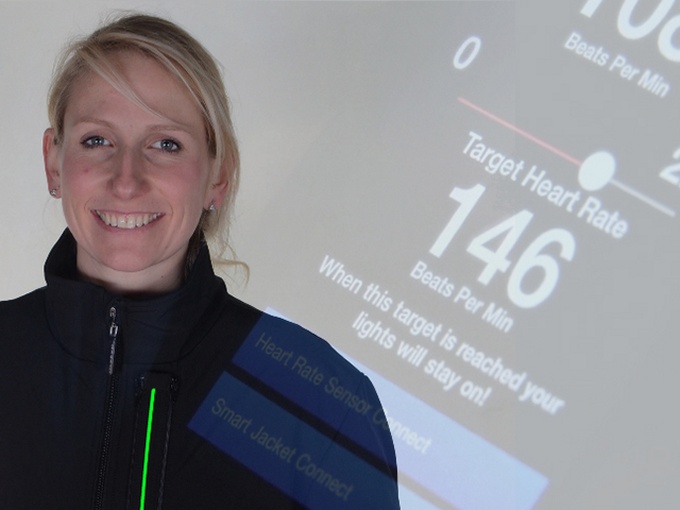 The Glowfaster smart-jacket has created a buzz ever since launching its Kickstarter campaign in March.

The jacket utilizes an app and lights on the jacket itself in order to give the user visual feedback on performance and heart rate. The easiest way to describe the Glowfaster comes directly from the project’s Kickstarter page:

It lights up when you are running, even better the lights on the smart-jacket show you how your training is going, whether your heart rate is at target, whether you were at target speed. The Glowfaster App controls the jacket via Bluetooth to allow the user to set up the smart clothing to their own settings and gain motivation intuitively from their own biofeedback. Glowfaster represents the expanding marking of smart clothing which is sure to see a huge jump in sales this year as this kind of technology becomes more popular.