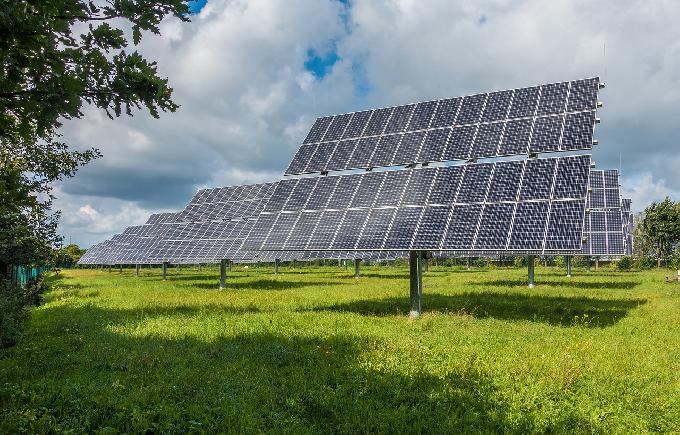 Photo by mrganso / CC BY

Worldwide scientists are working on improvements in solar power and are focusing on improving efficiency while lowering cost.

Usually, the improvements are in the range of a few percent. But now innovation done by researchers could increase the photovoltaic effect by a factor of 1,000.

The study by researchers at Martin Luther University Halle-Wittenberg (MLU) could help to extensively improve the efficiency of solar modules. Their findings are published in the journal Science Advances.

At present, silicon is used in most solar cells, because of its low cost. But their efficiency is limited. So researchers were experimenting with new materials, including ferroelectric crystals.

Physicist Dr. Akash Bhatnagar from MLU, explained, “Ferroelectric means that the material has spatially separated positive and negative charges,” “The charge separation leads to an asymmetric structure that enables electricity to be generated from light.”

Bhatnagar added, “The interaction between the lattice layers appears to lead to a much higher permittivity – in other words, the electrons are able to flow much more easily due to the excitation by the light photons,”

That implies the material may be robust enough for commercial application. Now scientists are researching to get the exact cause of the photoelectric effect in their layered material.

Bhatnagar is positive that this new concept can be used for practical applications in solar panels. He said, “The layer structure shows a higher yield in all temperature ranges than pure ferroelectrics. The crystals are also significantly more durable and do not require special packaging.”

No doubt, this is a great innovation. Their work can bring revolution, with possible applications in computer memory, capacitors, and other electronic devices.