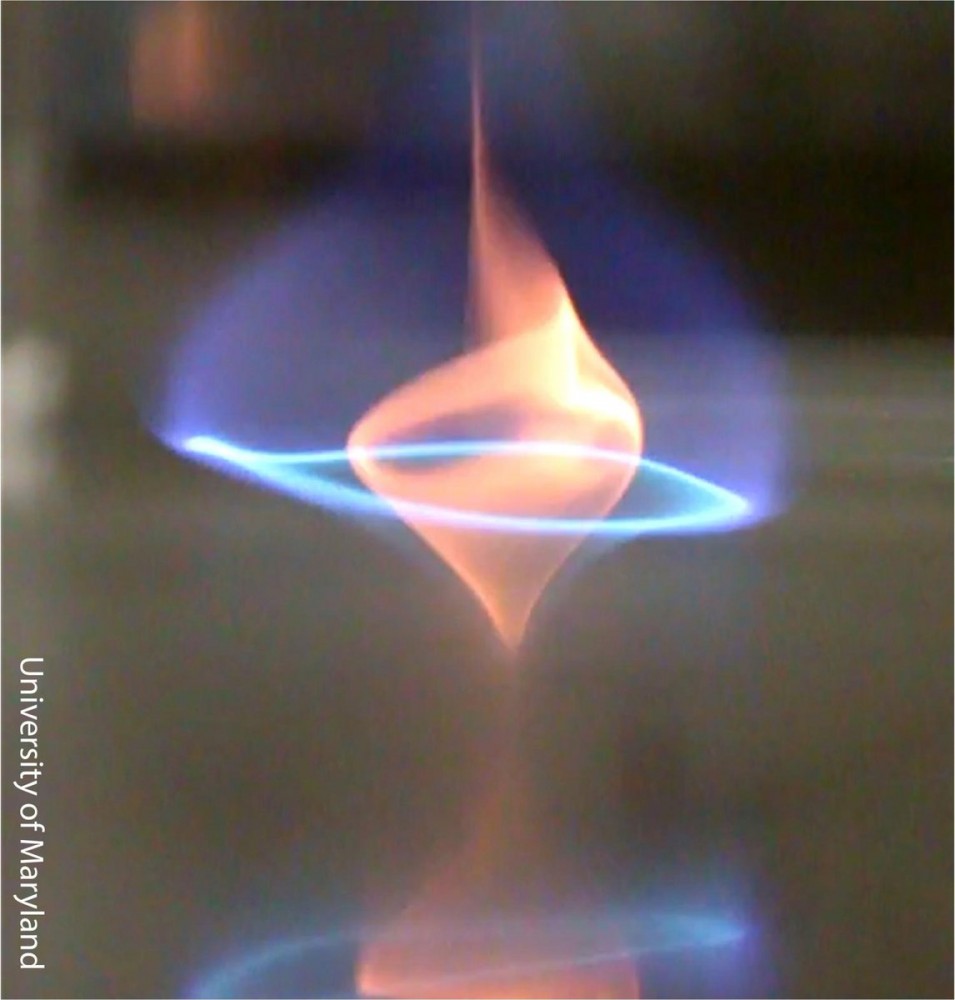 Nearly everyone has seen the out-of-control “fire tornadoes” or “fire whirls” thought to have been made worse and more intense by global climate change. Scientists have been thinking for years about how these “fire whirls” might be used for constructive purposes.

Now a group of scientists has developed a high-efficiency, low-emissions combustion process it calls “blue whirls.” A paper published in the Proceedings of the National Academy of Sciences of the United States of America (PNAS) details the findings.

When the team studied “fire whirls” over oil-contaminated water, they stumbled upon what could become a highly efficient, nearly soot free method of cleaning up oil spills. Another type of flame, known as a yellow flame, produces significantly higher emissions and is more turbulent.

The following video of the blue whirl is provided by UMD’s A. James Clark School of Engineering.