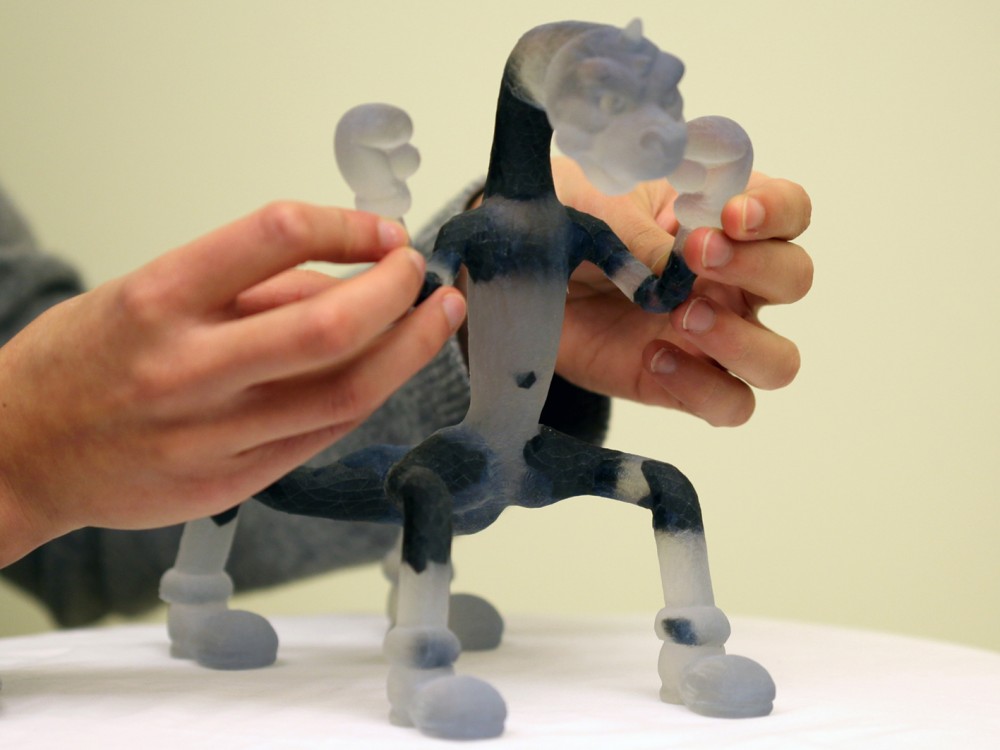 To many, Disney is synonymous with magic. Over the decades, Disney has explored what it means to dream, hope, and face the troubles of life with optimism and determination. The Walt Disney Company has grown from a small company in 1923 to a diversified multinational mass media and entertainment conglomerate today.

Along the way, Disney has morphed and changed to meet each new wave of technology, always staying ahead of the curve. Disney himself started out making cartoons with hand drawings; with the advent of computers, Disney does all of its animation today with software.

One example of Disney’s advanced technology is its new Rapid Design Tool from Disney Research that helps non-expert users create mechatronic characters quickly and then print them on 3D printers. See examples below.

“We developed an interactive design system that allows non-expert users to create animated mechanical characters. Given an articulated character as input, the user iteratively creates an animation by sketching motion curves indicating how different parts of the character should move. For each motion curve, our framework creates an optimized mechanism that reproduces it as closely as possible. The resulting mechanisms are attached to the character and then connected to each other using gear trains, which are created in a semi-automated fashion. The mechanical assemblies generated with our system can be driven with a single input driver, such as a hand-operated crank or an electric motor, and they can be fabricated using rapid prototyping devices.

We demonstrate the versatility of our approach by designing a wide range of mechanical characters, several of which we manufactured using 3D printing. While our pipeline is designed for characters driven by planar mechanisms, significant parts of it extend directly to non-planar mechanisms, allowing us to create characters with compelling 3D motions.”

The following video is entitled “Computational Design of Megatron Characters.”