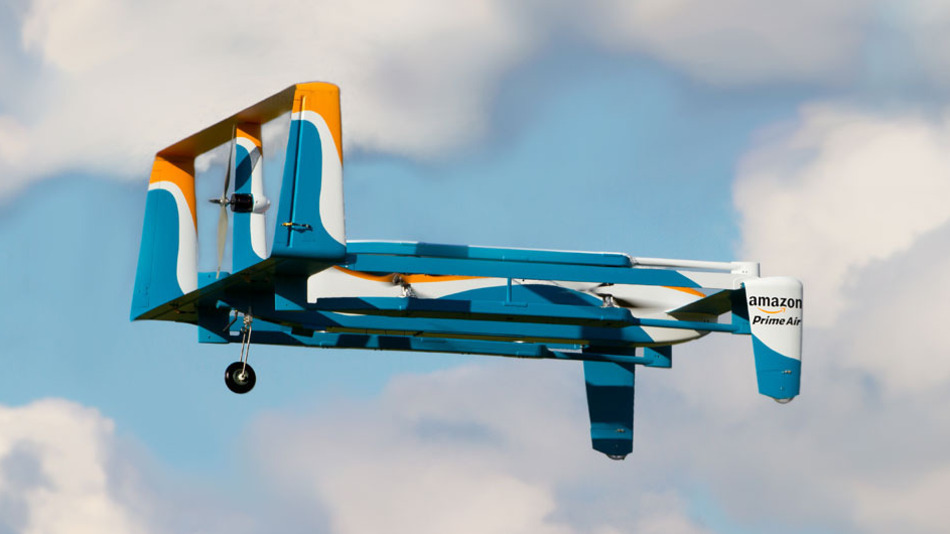 Amazon seems to be enjoying saving Jeremy Clarkson’s career so much that the company is featuring him in its new ad for the Amazon Prime Air drone delivery system.

In the ad, Amazon shows off its vision for what Amazon Prime Air may eventually look like, even portraying a ‘part helicopter part plane’ prototype drone made for delivering your goods in a timely manner.

The new Prime Air drone comes equipped with two propeller systems, one for vertical takeoff and one for traveling across the sky horizontally.

In an email, an Amazon spokesperson said the new drone design enables it to “fly long distances efficiently and go straight up and down in a safe, agile way.”

Of course, before Amazon Prime Air ever becomes a thing, the company will have to receive approval from the FAA to allow it to use airspace below 400 feet to deliver packages weighing less than five pounds to houses 10–15 miles from warehouses.

While Amazon’s drones will apparently feature “sense and avoid” technology for safety, it still might not be enough to get a legitimate drone delivery system approved in the United States anytime soon.

Still, it’s neat to see what the future could look like, at least through Amazon’s eyes.