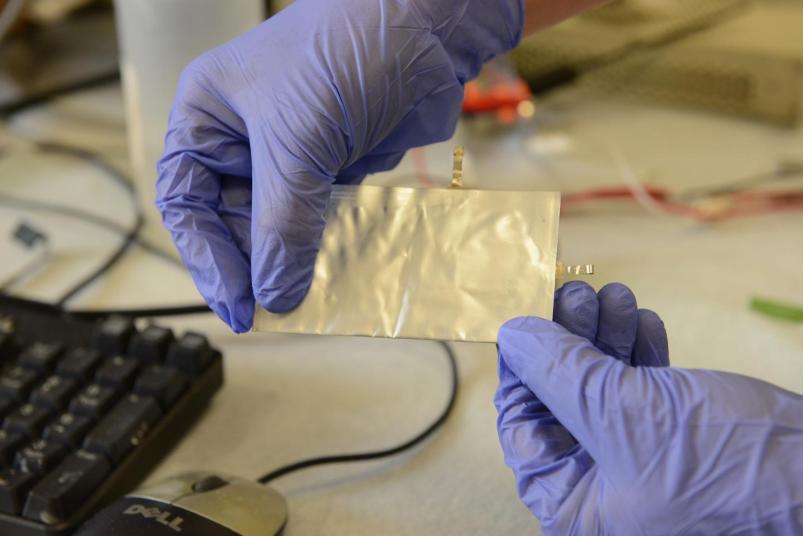 We were all happy to see rechargeable Lithium-ion batteries replacing the heavier and single use alkaline type batteries. But these Li-ion batteries are already struggling to meet ever-increasing power requirements. Smartphone users know that it can take hours to charge a lithium-ion battery.

Stanford University has developed a new type of aluminum-ion battery that is much cheaper, longer lasting, and also offers super-fast recharging as compared to a Li-ion battery. The battery can be recharged in just one minute.

It is a much safer alternative to conventional Li-ion batteries as well. Since it is made of aluminum, it won’t catch fire and has high-charge storage capacity.

Like any other battery, an aluminum-ion battery has two electrodes: a negatively charged electrode made of aluminum and a positively charged cathode. So far, different kinds of materials for the cathode have been tested unsuccessfully in search of the right material.

But Stanford scientists have discovered a simple solution using graphite. Graphite has given a great performance after repeated cycles of charging and discharging. The scientists placed the aluminum anode and graphite cathode, along with an ionic liquid electrolyte, in a flexible polymer coated pouch for testing.

The ultra durable aluminum battery developed by Stanford was able to withstand more than 7500 cycles without any loss of capacity as compared to 1000 cycles for a standard Li-ion battery.