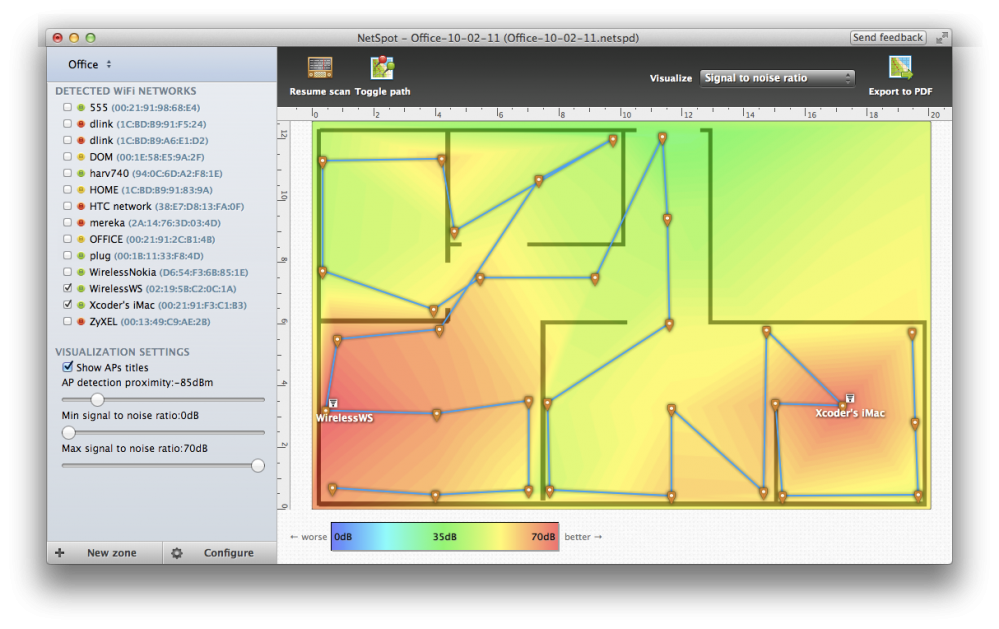 When one considers all the wires in the world that run along streets, underground, and from telephone poles to homes and businesses, it is a miracle that people are now able to communicate and access applications and information without them.

The breakthrough was the discovery and use of radio signals at certain frequencies that allow communication among computers and network devices. Today we are at the stage where many of us still have way too many wires but most equipment can now include network adapters, clients, and routers that facilitate wireless communications.

Use NetSpot as a WiFi booster

“NetSpot for Windows & Macs is the first free Wi-Fi survey app. NetSpot features two major Wi-Fi troubleshooting modes: Discover and Survey. It is the only professional software for home and office Wi-Fi management, analysis, and visualization for Windows computers. You need just a few clicks to start your wireless network site survey. Just point to where you are on the map and watch NetSpot WiFi booster app do the magic.”

For the latest in wireless innovation visit the International Journal of Wireless Networks and Broadband Technologies (IJWNBT) presents “state-of-the-art innovative findings in access technologies useful in the architecture of wireless networks” and covers topics including: