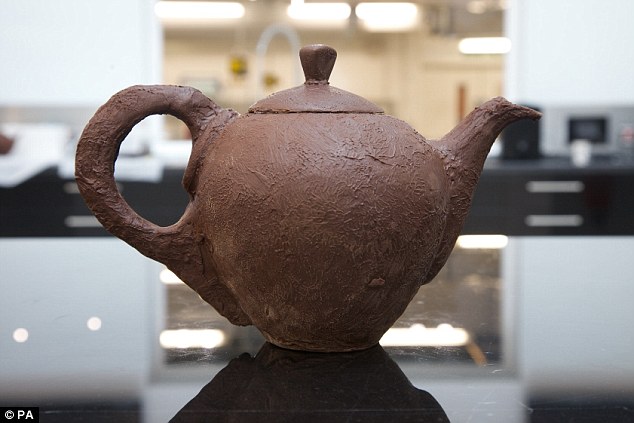 Unless you are making a cup of hot cocoa, chocolate and heated milk or water generally won’t mix well. But chocolatiers from the Nestlé Product Technology Centre in York, England took up a challenge by BBC1’s One Show to make a working teapot made of chocolate.

The team successfully managed to develop a teapot made from real chocolate. The teapot doesn’t melt for two minutes, even when hot tea is poured into it.

The two-hour process involved pouring multiple layers of chocolate into a silicon mold. The team used dark chocolate made with 65 percent cocoa solids to help it sustain its shape.

The pot had a solid spout and handle. A thin passage running through the thick chocolate in the spout helped to stop it from melting when the tea was poured.

One of the key steps involved not stirring the water but letting it settle and follow the normal procedure to brew a cup of tea. The resulting cup had a strong tea flavor with just a hint of chocolate.

The chocolate teapot will be featured on a current affairs show for the BBC.

Upskilling in engineering: ways to do it right
BMW Celebrates 30 Years of the M5 with the Special Edition “30 Jahre M5”