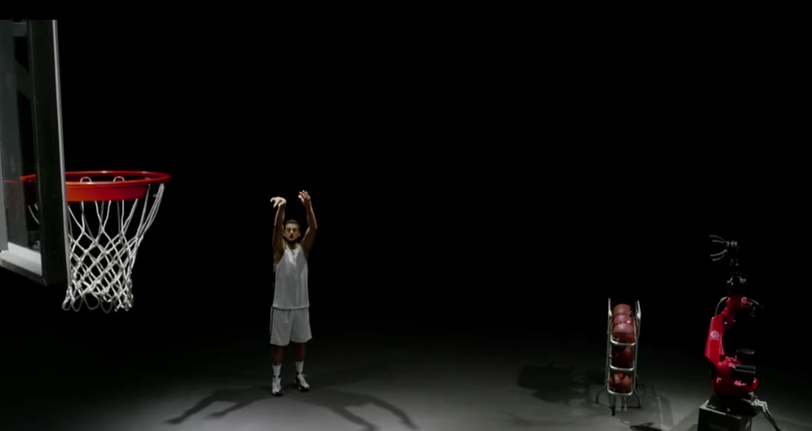 Marco Belinelli is now known as an NBA champion after winning the title last year with the San Antonio Spurs.

Beyond being labeled a champion, Belinelli is widely known as a sharpshooter, specifically when it comes to knocking down three point shots.

An Italian company behind a robot called Comau RACER enlisted Belinelli’s help in teaching a robot how to shoot 3’s as well as he does.

The robot is a payload robot made to reflect human movements and as you can see in the video, Comau RACER certainly gave one of the best shooters in the NBA a run for his money.