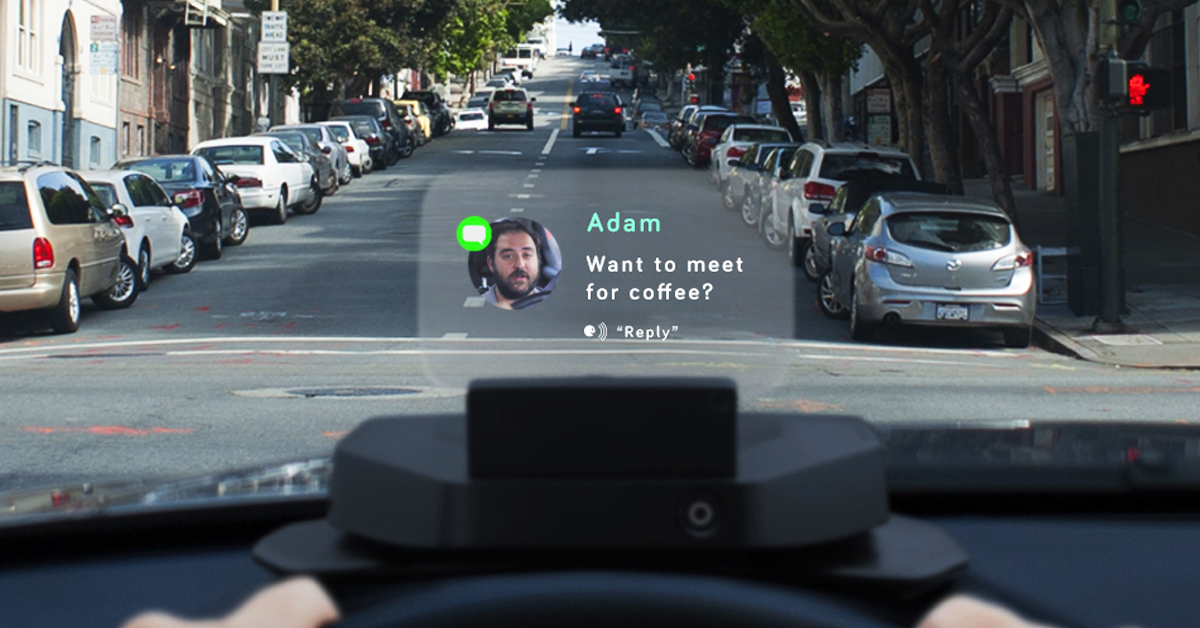 Navdy is a voice and gesture controlled device designed to use GPS and manage your calls while keeping your eyes on the road.

Doug Simpson, CEO and founder of Navdy, says the response has been incredible and has surprised the team in a positive way. At one point, slightly more than one unit was being ordered every minute, and right now the company is being flooded with emails from developers looking to integrate their apps into Navdy.

The device is powered by plugging it into the car’s 16-pin data port. Once it connects to your phone via Bluetooth, its voice and gesture controls allow you to take calls, reply to texts and ask for directions without having to pick up your phone. Navdy has an app for both android and IOS that is required to download for use.

Navdy will make driving safer for those needing directions and communications while on the go, as well as change how our technology is integrated into our vehicles. In fact, I’ve already ordered one!