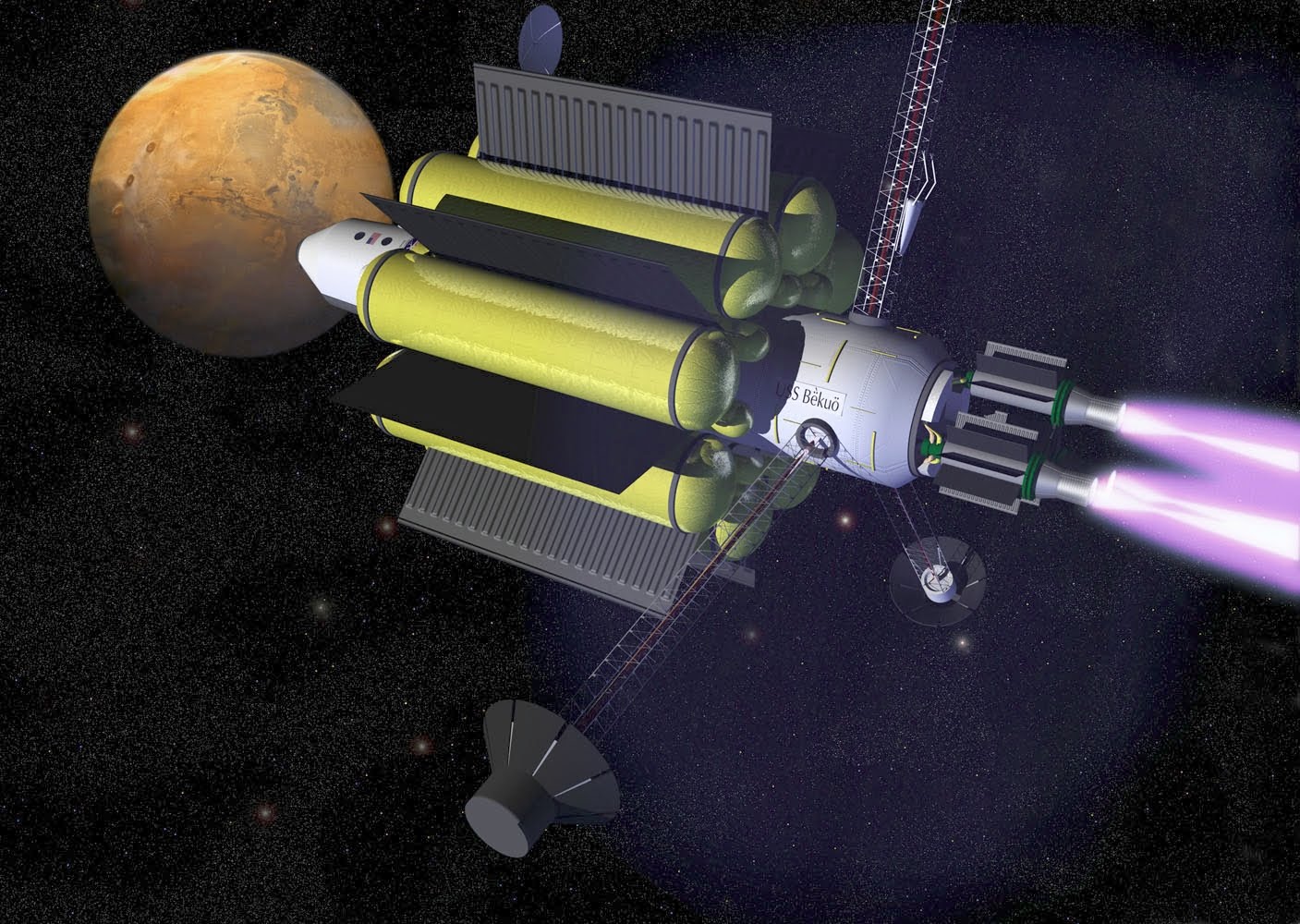 By NASA; stated as being author in image credit line at both PopSci and NASA website [Public domain], via Wikimedia Commons

NASA recently provided $10 million in funding to Ad Astra Rocket Company of Texas for further development of its Variable Specific Impulse Magnetoplasma Rocket (VASIMR), an electromagnetic thruster capable of propelling a spaceship to Mars in just 39 days. NASA’s funding was part of the “12 Next Space Technologies for Exploration Partnership.” Ad Astra’s rocket will travel ten times faster than today’s chemical rockets while using one-tenth the amount of fuel.

The VASIMR system would cut the trip to Mars by months according to Franklin Chang Diaz, a former MIT student, NASA astronaut, and now CEO of Ad Astra.

According to Diaz, “this is like no other rocket that you may have seen in the past. It is a plasma rocket. The VASIMR Rocket is not used for launching things; it is used for things already in orbit. This is called “in-space propulsion.”

VASIMR heats plasma, an electrically charged gas, to extremely high temperatures using radio waves. The system then provides thrust by funneling the hot plasma out of the back of the engine. According to Diaz, VASIMR will save thousands of gallons of rocket fuel and tens of millions of dollars a year.