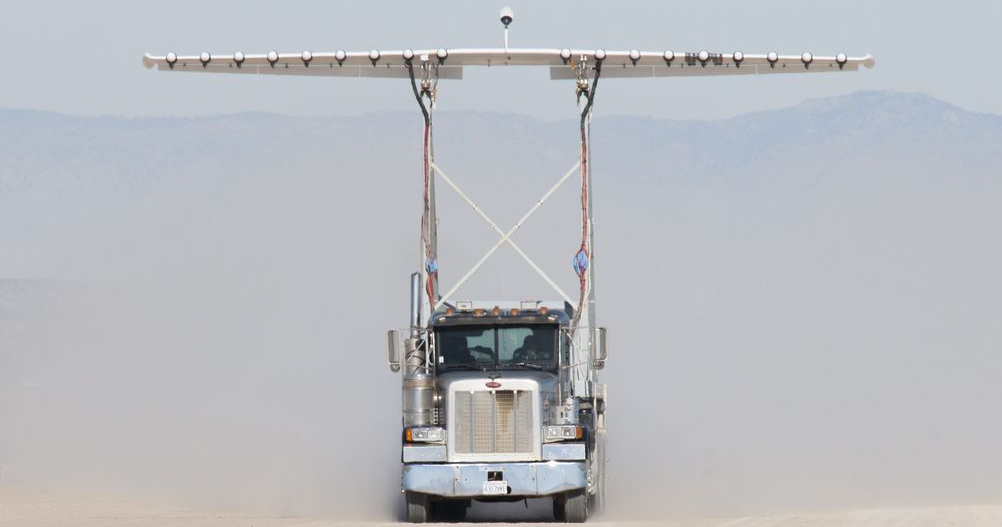 We’ve written about HEIST from NASA before, which stands for the Hybrid Electric Integrated Systems Testbed, but the photo above represents a new image of the rig.

Specifically designed to test new electric aircraft technologies like the weird looking wing with a bunch of propellers in the image below, the HEIST is important when it comes to paving the way for the future of aviation.

NASA has been testing the wing for a while now, with plans to eventually connect a modified Tecnam P2006T aircraft called “Sceptor” to it upon completing sufficient testing.

We’ll learn more about electrification as it pertains to aviation when the full aircraft comes together.

Until then, be on the lookout for a big rig that looks like it could take to the skies at any given moment.