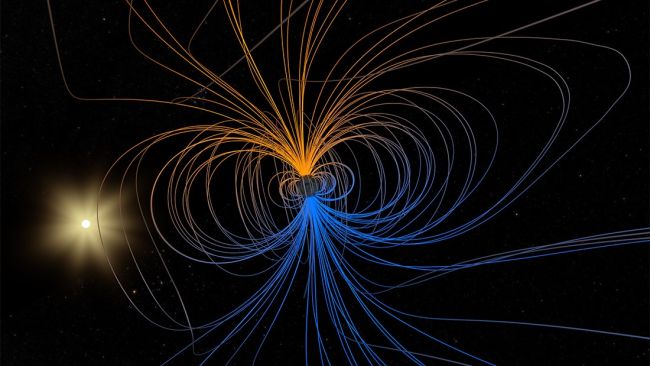 Earth’s magnetic field is one of the bases of the existence of life on Earth. It creates a shield of the magnetic field that envelops our planet and protects us from charged particles flying through space.

Now, scientists have observed some unusually weak spots in the magnetic field over South America and the southern Atlantic Ocean.

They call it South Atlantic Anomaly or SAA. This weakness in the magnetic field is allowing these particles to dip closer to the surface than normal. This strange dent in Earth’s magnetic field is growing and splitting.

NASA is actively monitoring it

Although it doesn’t affect life on Earth, satellites and spacecraft are particularly vulnerable to this.

It not only messes with compasses but can also knock out onboard computers and interfere with satellites.

Normally, the Earth’s magnetic field protects International Space Station and the satellites from the charged particles coming from the space. Now because of this dent, while crossing over SAA, operators are forced to shut down specific components.

According to NASA, “Currently, the SAA creates no visible impacts on daily life on the surface. However, recent observations and forecasts show that the region is expanding westward and continuing to weaken in intensity. It is also splitting – recent data shows the anomaly’s valley, or region of minimum field strength, has split into two lobes, creating additional challenges for satellite missions.”

Sabaka, Kuang, a NASA scientist, said, “Even though the SAA is slow-moving, it is going through some change in morphology, so it’s also important that we keep observing it by having continued missions.”

“Because that’s what helps us make models and predictions.”