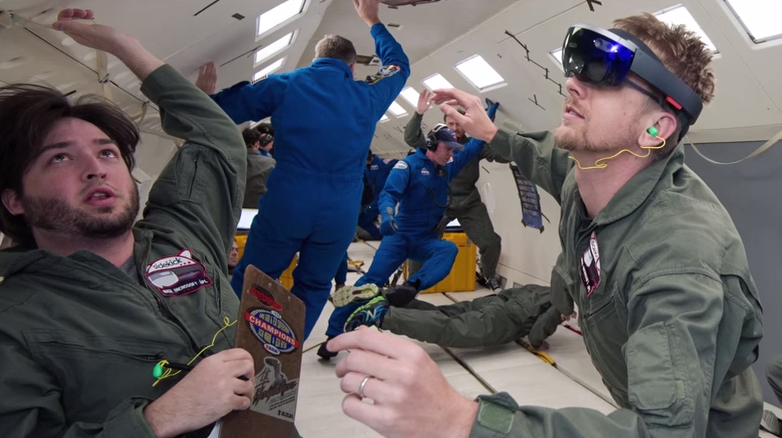 Microsoft’s HoloLens blew my mind when I watched the first demonstration of the technology and represents a major part of the future of society in my opinion.

NASA, who has been involved with HoloLens since its inception, has announced it will send a pair of HoloLens devices to the International Space Station as part of the SpaceX resupply mission this weekend.

Astronauts will be able to do a myriad of things when it comes to the HoloLens from the “Remote Expert Mode,” where ground operators can use Skype to see what a crew member sees in real time, to “Procedure Mode,” which lays animated holographic drawings over whatever the crew member is interacting with.

Sidekick is the program that enables the different modes, which was co-developed by NASA and Microsoft.

For now, HoloLens will undergo a series of test procedures before it is used on a daily basis aboard the ISS.

Galaxy Fold: Samsung’s Phone-Tablet Hybrid
After Watching This Video… I Can’t Believe I Didn’t Make a Matchstick Rocket as a Kid!