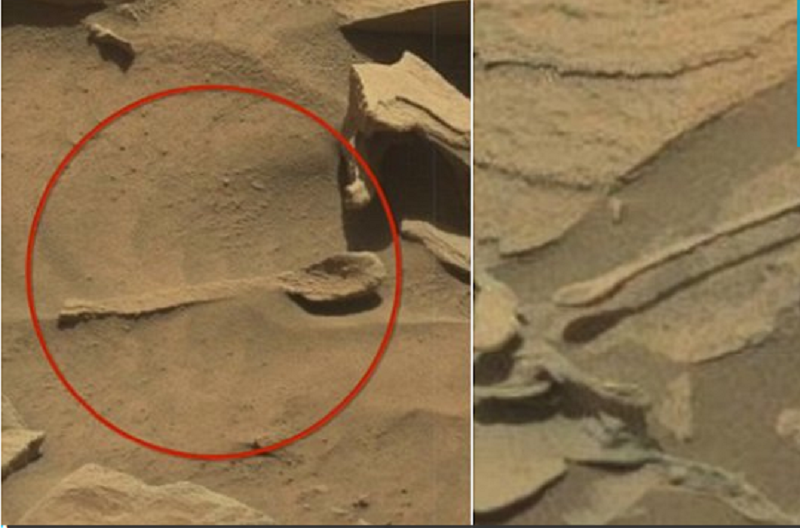 Images from the NASA rover on Mars showed an object that looks like a spoon lying on the Red Planet’s surface. Is this a sign of life there?

Alien enthusiasts believe they have found a big clue in their everlasting search for life on Mars.

Surprisingly, this is not the first time something like this has happened. Earlier, enthusiasts say they found one more spoon and other earthly items there, like rings and gloves.

The Curiosity Rover droid, which explores the surface of Mars, took these images, but this spoon was first found by YouTube channel UFO Hunter.

The video below was uploaded by the UFO Hunter account and has been viewed more than 600,000 times. It was posted with the following description: “There is a giant spoon on Mars! This thing is amazing! Probably left over from a lost civilization.”

Scott C. Waring, an alien chaser, wrote on ufosightingsdaily.com, “This is a fantastic discovery of an eating utensil near the Mars Curiosity rover.”

$100 Billion Transatlantic “VacTrain” Would Be Largest, Most Complex Project Ever

How to Build Your Own Ukulele Flamethrower Similar to the Guitar In Mad Max: Fury Road