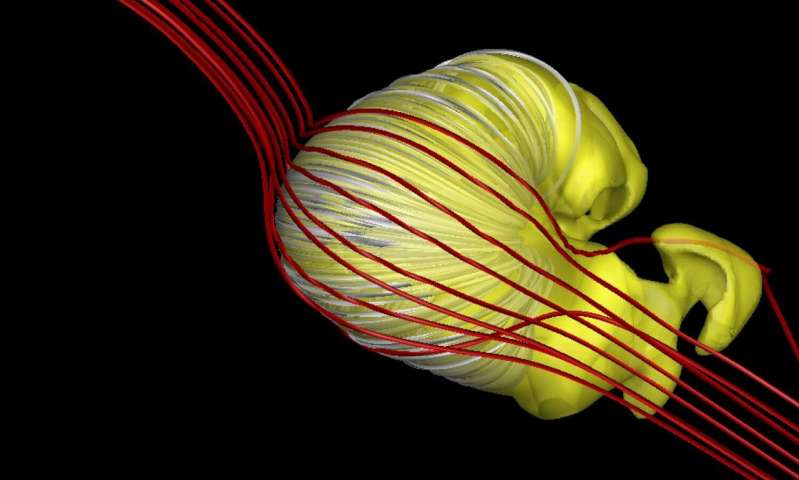 Recently NASA has revealed that the shape of our solar system’s protective bubble is a deflated croissant.

Previously astronomers considered that heliosphere is shaped like a comet, with a rounded leading edge and long trail behind it. However, its true shape is weirder and more complex and is something like a deflated croissant.

The heliosphere is a giant bubble around the sun and its planets. This magnetic bubble is made as material flows out of the Sun in the solar wind. It acts as a shield to our solar system from dangerous incoming cosmic rays.

It is really difficult to map out the heliosphere, as the closest edge of it is about 10 billion miles (16 billion kilometers) from Earth. Moreover, only two spacecraft have traveled beyond the far edges of the solar system: NASA’s Voyager 1 and Voyager 2.

With all the data they collected, the team then came up with a 3D model of the heliosphere.

Tom Krimigis, who led experiments, said, “You don’t accept that kind of change easily,” “The whole scientific community that works in this area had assumed for over 55 years that the heliosphere had a comet tail.”

Why it is important to study heliosphere:

Understanding the heliosphere and its shape could help in resolving whether other star systems are also shielded by a similar bubble. Thus scientists can figure out where else life in the universe can be found.