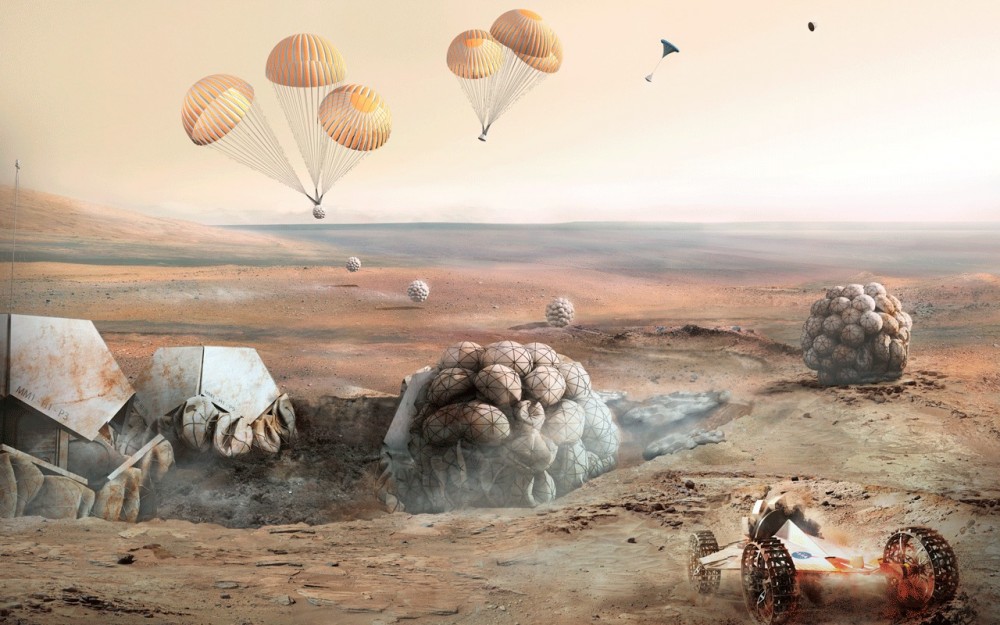 NASA is moving forward on many fronts with respect to the eventual interplanetary trip to Mars. IndustryTap has reported on advancements and tests for the Space Launch System (SLS) and the Orion space capsule. Now the competition to design a habitat that can either be transported aboard an IPV (Interplanetary Vehicle) or 3D printed when astronauts arrive is underway. The competition is known as the NASA Mars Design Reference Mission (MDRM), which began in 1996. All of NASA’s projects related to space exploration can be found at the Human Exploration and Operations Mission Directorate.

A Half Century of Preparation for Mars Mission

This past summer, Marc M. Cohen, writing in the American Institute for Aeronautics and Astronautics (AIAA) Space and Architecture Forum, provided an historical overview, “First Mars Habitat Architecture“, discussing the many issues and challenges of habitats, as well as design concepts as they’ve evolved over the past quarter century.

Finally, the report considers the needs for technology development in order to make the mission possible, including environmental protection issues, program costs, international cooperation in conducting the mission, and program management and organization.

The Value & Challenge of Complexity