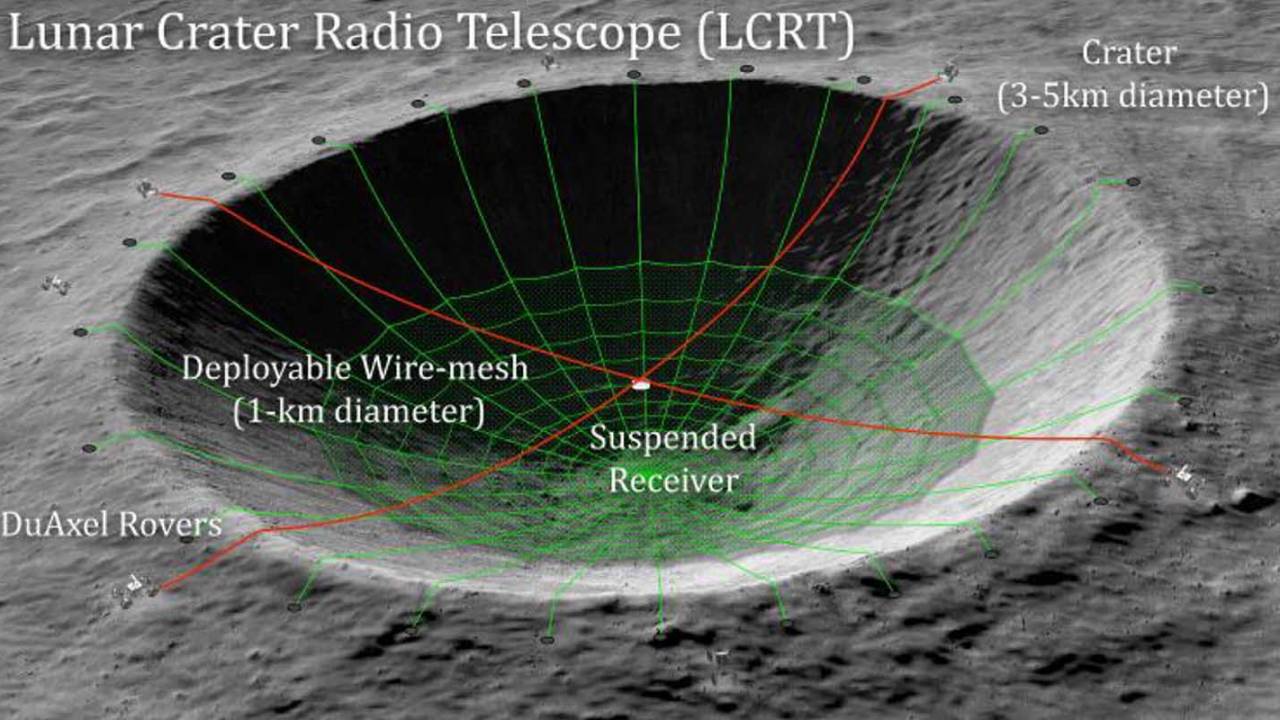 NASA is planning to transform a crater on the Moon into one-kilometer (3,281-foot) radio telescope. It will be the largest filled-aperture radio telescope in the Solar System.

Lunar Crater Radio Telescope (LCRT) would be able to work unobstructed by the ionosphere or other radio noises around Earth. It would be able to measure wavelengths and frequencies that can’t be detected from Earth.

Radio astronomy faces numerous challenges. Radio antennas need to cover large area for capturing images. They also have to overcome the radio noise of human civilizations. Not only that our electronic gadgets also emit a tremendous amount of radio light. In short radio noise will always be a challenge on Earth.

LCRT has many advantages compared to Earth-based and Earth-orbiting telescopes, like:

Robotics technologist Saptarshi Bandyopadhyay, said, “Building the largest filled-aperture radio telescope in the Solar System on the far-side of the Moon is bound to create a lot of public excitement,”

“We envisage that this concept would unlock the potential for ground-breaking scientific discoveries in radio astronomy in wavelengths that are hitherto poorly explored by humans so far.”