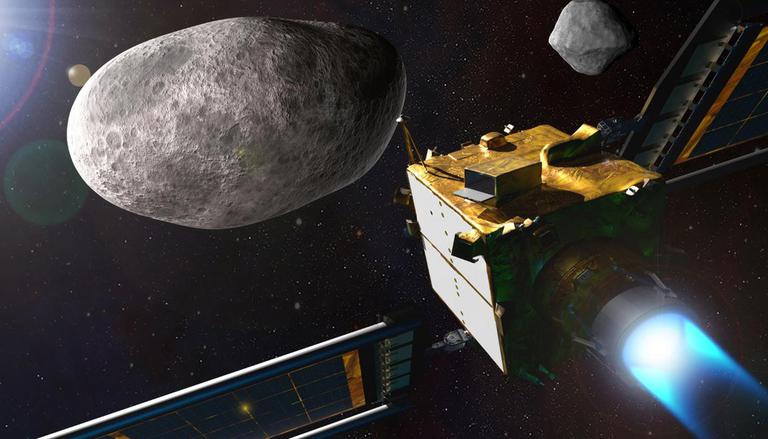 In the first test of its planetary defense mission, NASA is sending a spacecraft to strike a distant asteroid. This mission will strike an asteroid into a new orbit. This will help scientists determine whether they can protect the planet from errant space rocks.

This NASA’s mission is called the Double Asteroid Redirection Test (DART). DART is scheduled to launch from Vandenberg Space Force Base in California on Nov. 23 at 10:20 local time. Those who want to watch the launch live, check out NASA TV, NASA’s app, or the NASA YouTube channel.

The probe, a 4-foot wide box will travel about 7 million miles to slam itself into an asteroid. But the probe is very small in comparison to the asteroid Dimorphos it’s aiming for.

However, scientists foresee that the impact should give the asteroid enough of a nudge to change its path. If all goes according to plan, it will crash into its asteroid target in late 2022.

This mission intends to measure the asteroid’s altered orbit caused by the collision. This experiment will one day save Earth from a deadly asteroid impact.

Lindley Johnson, NASA’s Planetary Defense Officer, said, “Although there isn’t a currently known asteroid that’s on an impact course with the Earth, we do know that there is a large population of near-Earth asteroids out there,”

“The key to planetary defence is finding them well before they are an impact threat. We don’t want to be in a situation where an asteroid is headed towards Earth and then have to test this capability.”