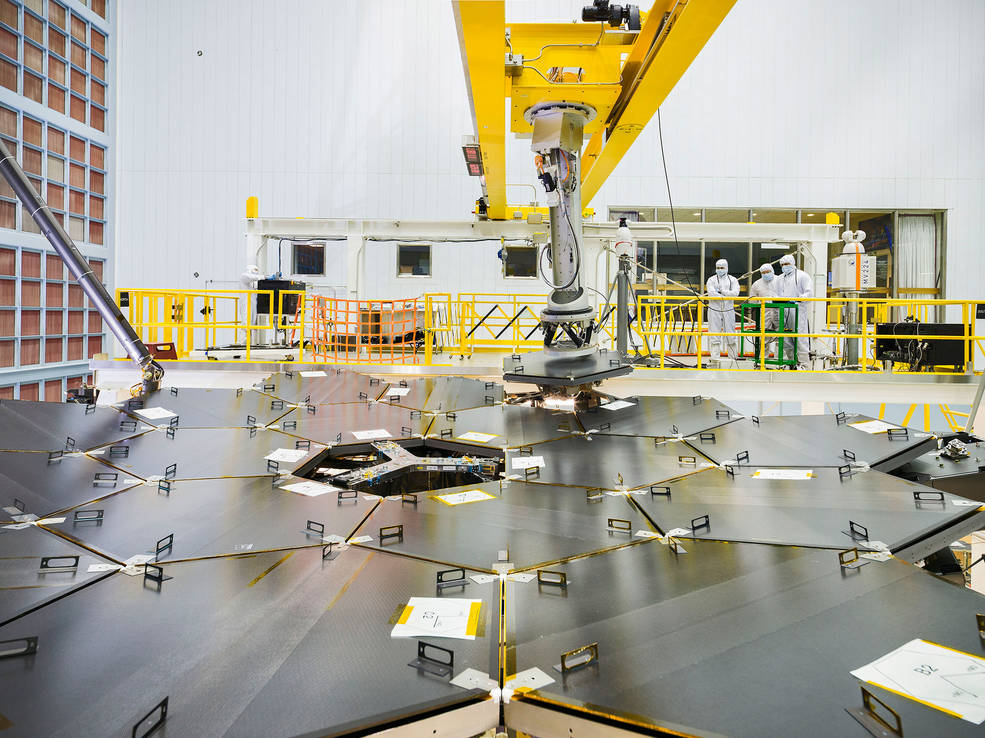 The James Webb Space Telescope will become the world’s most powerful space telescope when it launches in 2018, but there is a lot of work to be done first.

In a major step forward, NASA has announced assembly of the primary mirror array has been completed on the new telescope, set to eventually succeed the Hubble Space Telescope.

Assembling the primary mirror array has been an extremely tedious process, with a robot having to carefully lower down each of the 18 hexagonally-shaped segments one by one into their exact locations.

The mirrors, comprised of ultra-lightweight beryllium and spanning about 4.2 feet across, are only separated from each other by a few millimeters, and seeing as how each piece has its own specialized frame, patience and precision were key.

The James Webb Space Telescope’s frame is about three times longer than the diameter of the Hubble’s primary mirror, but the new massive frame is designed to fold up when it is launched.

Its 21.3-foot-long mirror will eventually unfold once in space after the James Webb Space Telescope travels upwards of 1 million miles away from Earth.

Now, installation of a secondary mirror and more optics technology are needed to move forward with construction on the James Webb Space Telescope.