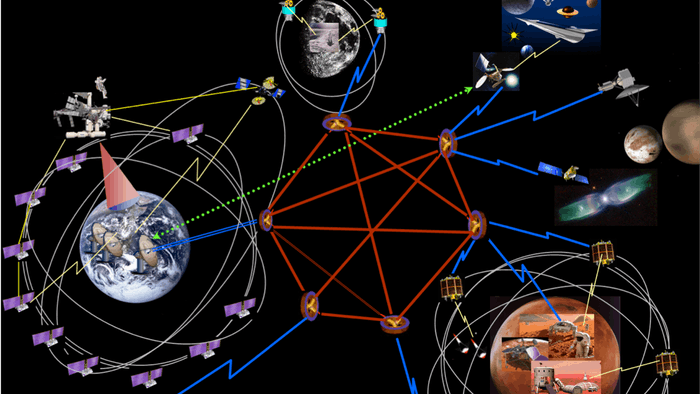 NASA installed software on the International Space Station (ISS) to establish a more reliable and potentially solar-system-spanning communication system. It will result in much faster, easier, and efficient transfer of data.

This new piece of technology is called Delay/Disruption Tolerant Networking (DTN). It will automate and improve data availability for space station experimenters and will present a smart solution to interrupted connections.

With this technology, future moon and Mars missions will be able to connect to ISS and beam information efficiently back and forth.

Because of such a long distance and so many obstacles like planets, other spacecraft, radiation waves, and the like, the signals to the ISS were slow and sometimes data was lost in transmission. DTN has addressed these problems.

DTN works by an automatic “store and forward” data network which will allow partial bundles of data to be stored in various nodes along a communication path, allowing faster, more reliable, and more stable transmissions. This network can function even when a recipient server is offline.

Besides DTN’s usage in space, it can benefit environments where communications are unreliable, such as disaster response areas.

Google’s Vint Cerf, a visiting scientist at NASA, said, “Our experience with DTN on the space station leads to additional terrestrial applications especially for mobile communications in which connections may be erratic and discontinuous. In some cases, battery power will be an issue and devices may have to postpone communication until battery charge is adequate.”

How To Find the Right Car For You