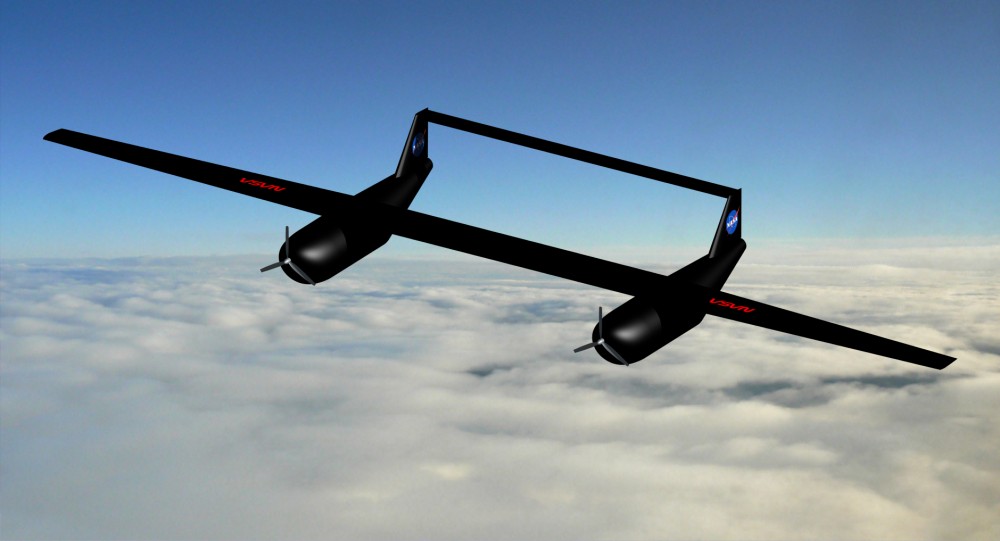 NASA’s University Aeronautics Engineering Design Challenge (AEDC) which has taken place annually for the past decade, has inspired many innovative solutions to a variety of problems. We’ve seen engineering students come up with ideas for unmanned firefighting systems, amphibious tilt rotors and much more.

This year’s challenge asked students to focus on a Hurricane Tracking Uncrewed Aerial System (UAS). Teams were made up of college students with faculty advisers and the main purpose was to design a UAS that could exceed the flight limitations of current hurricane tracking and data gathering systems.

Competition guidelines asked for a UAS system that would provide “persistent five-month aerial coverage over an area of the Atlantic ocean, off the western coast of Africa, where tropical depressions typically spawn hurricanes.” The UAS had to be capable of flying non-stop a minimum of seven days.

Successful UAS operation depends on collecting data while a vehicle is airborne for several days of uninterrupted observation and measurements while a storm is forming. This allows computer models to more accurately predict the path of storms and how the hurricane is growing.

According to Craig Nikol, NASA aerospace engineer and technical lead for the contest, “this is where current systems fall short.”

Global Hawk from Virginia Tech was announced the winner of the competition. The Global Hawk submission included two aircraft, each with a flight endurance of 7.8 days and using liquid hydrogen as the fuel source. The team estimated its technology would cost $200 million for production and 10 years of operation and maintenance.

Second prize went to Purdue University’s OQ451-5 Trident, also powered by hydrogen, with an estimated cost of $310 million for design, $78 million for production and operating costs of $17,000 per flight hour. Third prize went to the team from University of Virginia, Chancellorsville, and the “Big Wahoo” with an estimated lifecycle cost of close to $500 million.