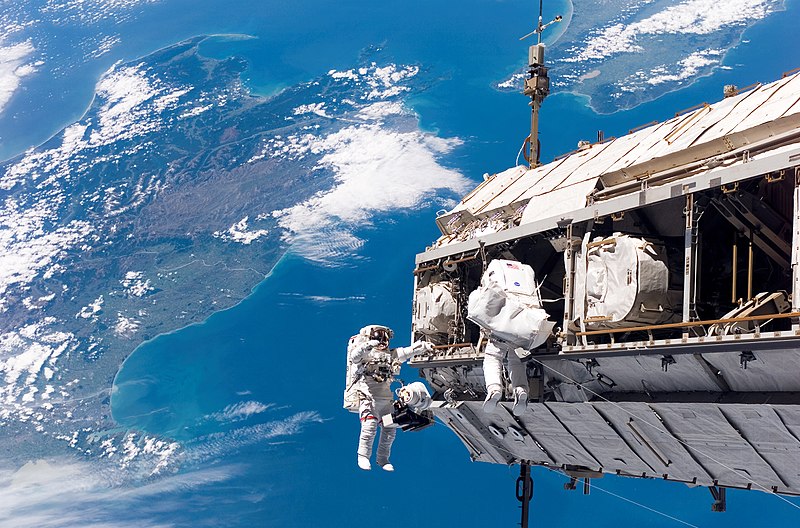 On 27 June, an astronaut dropped a small mirror into space by accident. Astronauts Cassidy and Behnken were on their spacewalk journey, accidentally commander Cassidy lost control of the mirror attached to his spacesuit.

The mirror flew away with a speed of one foot per second. According to NASA, luckily dropped mirror posed no risk to either the spacewalk or the station.

Astronauts have to wear wrist mirrors on each sleeve so as to get better views while working. Although the size of mirror is just 5 inches by 3 inches, it is now one among many pieces of junk orbiting the Earth.

However installing these batteries is not a joke. As each of battery is about a yard tall and wide, with a mass of 400 pounds.