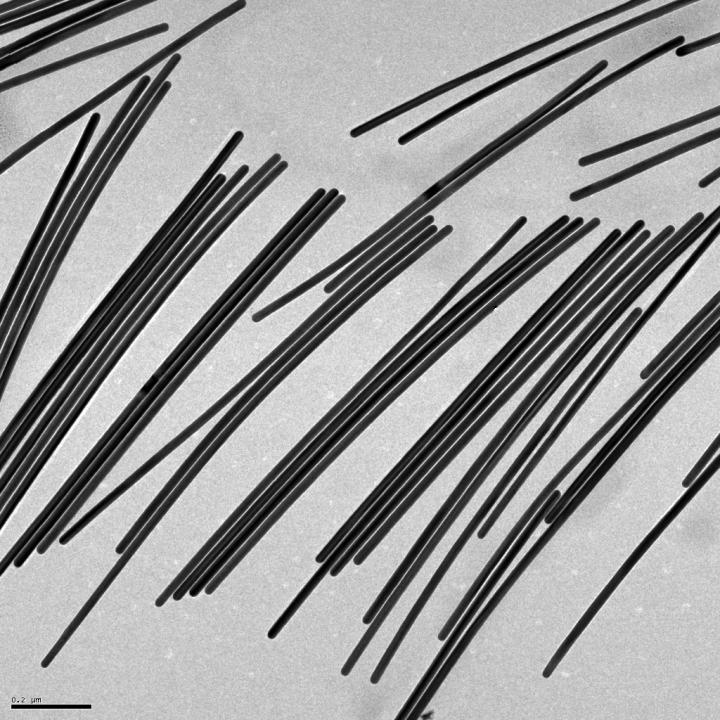 New metal wiring developed with the help of vitamin C could find its way into the medical field. The team of scientists of the Rice University created gold nanowires for optical and electronic application.

The Rice University lab research group lead by Eugene Zubarev turned small gold nanorods into nanowires that can be used in diagnostics and imaging. It is no secret that a simple ascorbic acid can significantly change the chemical properties of numerous elements and the Rice University team knows that.

They managed to grow pure batches of fine gold nanowires from nanorods. As Zubarev said, “There’s no novelty per se in using vitamin C to make gold nanostructures because there are many previous examples,” and the reduction which can be achieved by vitamin C is really suitable for the production of long nanowires.

The process is controllable and reversible, thus making it possible to create nanowires of any desired length and the desired configuration. The method was published in the American Chemical Society journal ACS Nano.

Although the nanorods are only 25 nanometers thick at the beginning of the method, their thickness will remain the same while expanding in length. Once they’re paired with gold, it enhances their value for medical purposes.

It takes hours to grow a single micron-long nanowire, so Zubarev said they “only reported structures up to 4 to 5 microns in length,” but the team is looking to make much longer nanowires. This growth method works solely with pentahedral twinned gold nanorods or the nanorods that contain five-sided linked crystals.

The crystals’ sides are stable on flat surfaces. However, they’re not stable at the tips. “The tips also have five faces, but they have a different arrangement of atoms,” Zubarev said. The energy stored in these atoms is poor, so when new atoms are located there, they don’t move anywhere else. It keeps the new wires from expanding.

The Most Valuable Feature of Nanowires

The tips are open to oxidation or reduction reactions. The electrons that come from ascorbic acid then combine with gold ions and stay at the tips. Thanks to their chemical nature, the nanowires will stay apart from each other. “The most valuable feature is that it is truly one-dimensional elongation of nanorods to nanowires,” Zubarev said. The process should work with other materials, such as silver.