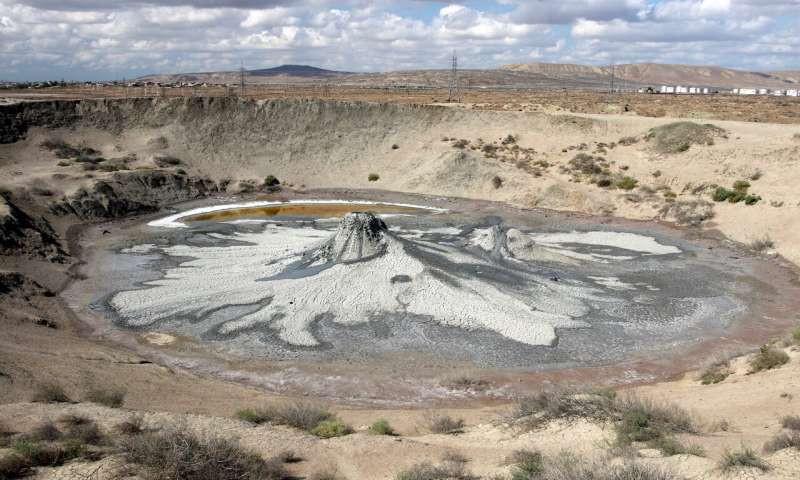 Satellite images of Mars have solved the mystery of some lava-like flows on Mars. Scientists revealed that thousands of conical hills, many topped with small craters and surrounded by deep channels are caused by mud not by lava.

They do resemble lava flows similar to those seen on Earth. However, according to the study published in the journal Nature Geoscience, these features were created from MARTIAN MUD. To prove that scientists performed an unusual experiment that shows how mud behaves differently on Mars.

After that they poured mud into both chambers and observed the behavior of the mud.

Petr Brož, lead author of the new study, said, “Under the low atmospheric pressure of Mars, the mud flows behave in much the same way as ‘pāhoehoe’, or ‘ropy’, lava, which is familiar from large volcanoes on Hawaii and Iceland,” “Our experiments show that even a process as apparently simple as the flow of mud – something that many of us have experienced for ourselves since we were children – would be very different on Mars.”

“However, the impact of this familiar effect on mud has never been investigated in an experiment before. Once again, it turns out that different physical conditions must always be taken into account when looking at apparently simple surface features on other planets. We now know that we need to consider both mud and lava when analysing certain flow phenomena.”