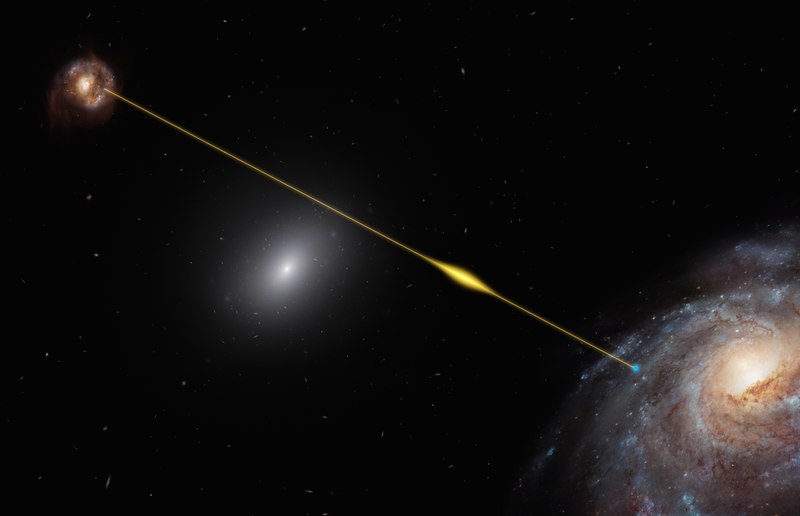 Fast radio bursts (FRBs) are a highly energetic burst of radio waves that last just a few milliseconds and come from far beyond our Milky Way galaxy. Scientists are not sure about the reason behind the origin of FRBs. Some consider these are the result of cosmic explosions, while others think they’re signals sent by aliens.

So far, over 100 FRBs have been discovered, but only two FRBs known to regularly repeat

Back in June, astronomers discovered the hidden pattern with fast radio burst called FRB 121102. They found that these strange radio signals emanating from deep space are not only repeating but are repeating on a discernible cycle.

Over the last five years, researchers have been closely following these signals. Based on this data, it was predicted that it would return sometime in August. Now those signals have come through, right on schedule.

As this FRB repeats itself, it gives scientists rare chances to study the origins of FRBs.

Astronomers traced its origins to a star-forming region in a dwarf galaxy about three billion light-years away. Worldwide multiple teams of scientists are working on this. A team from China monitored it using the 500 meters (1,640-foot) Aperture Spherical radio Telescope (the world’s largest telescope).