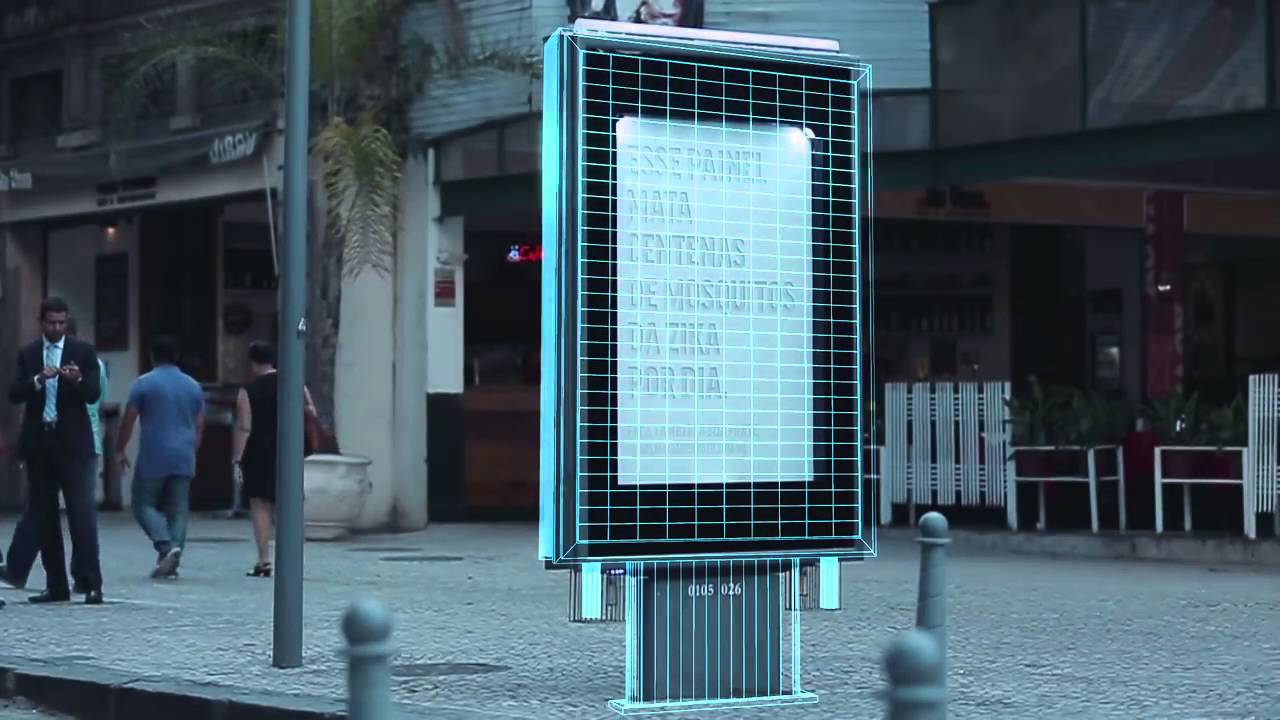 Advertising agencies, Posterscope, and NBS have unleashed “The Mosquito Killer Billboard” in Brazil, which mimics human sweat by emitting carbon dioxide and a lactic acid.

The billboard lures in mosquitos, where they are trapped and die, in an effort to combat the Zika virus in Brazil.

Since April 2015, there have been more than 1.5 million Zika cases reported in Brazil, and as a result, two billboards have been put up in Rio de Janeiro.

Specifically designed to attract the Aedes aegypti mosquito which transmit Zika, the billboard kills hundreds of mosquitoes daily and can reportedly lure in the insects from upwards of 1.6 miles away.

Of course, while The Mosquito Killer Billboard has many supporters, there are also detractors who argue the billboards could eventually backfire by attracting more mosquitoes to densely populated areas, resulting in more people being bitten.

However, The Mosquito Killer Billboard will be worth watching because anything designed to curb the Zika virus in a successful manner is needed in Brazil and across Latin America.

Introducing The Mosquito Killer Billboard. A billboard equipped with a technology that attracts and kills the Aedes Aegypti mosquito.

The entire project technology is available online at Creative Commons license agreement, so anyone in Brazil or in the world can replicate the idea.

A project created for Posterscope.

UV nail polish dryers may cause ‘DNA damage and mutations