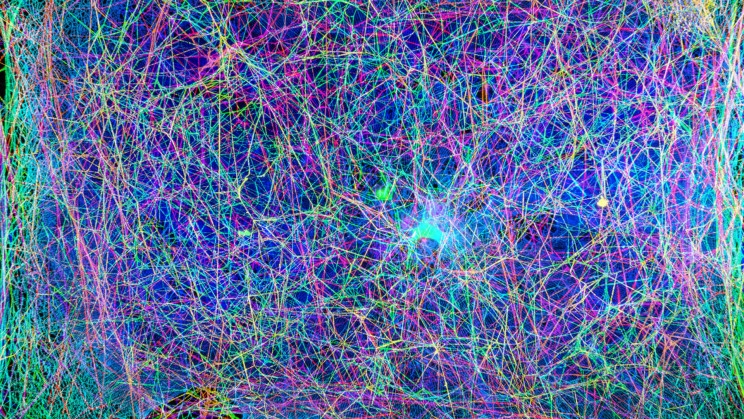 Spiders are master builders. Spider silk is natural, biodegradable, and even antimicrobial. Scientists have always been fascinated by spider silk for thousands of years.

Massachusetts Institute of Technology (MIT) scientists have translated the structure of a spider web into music. Researchers foresee that this research could help in better understanding the three-dimensional architecture of a spider’s web. It could even help scientists learn the vibrational language of spiders.

Markus Buehler, Ph.D., the project’s principal investigator, explained, “The spider lives in an environment of vibrating strings,” “They don’t see very well, so they sense their world through vibrations, which have different frequencies.”

Such vibrations occur when the spider stretches a silk strand, or the wind moves through the web or by the movement of a trapped fly. Buehler tried to extract rhythms and melodies from the spider webs. He wondered these webs could be “a new source for musical inspiration that is very different from the usual human experience.”

So, for doing this, the researchers captured 2D cross-sections of a spider web by scanning it with a laser. As the result, they reconstruct the web’s 3D network using computer algorithms.

Then they assign various frequencies of sound to strands of the web. Researchers created “notes”. Then they combine these notes to create melodies based on the web’s structure.

So, this way researchers created a harp-like instrument for playing the “spider web music”.

“If we expose them to certain patterns of rhythms or vibrations, can we affect what they do, and can we begin to communicate with them? Those are really exciting ideas.”