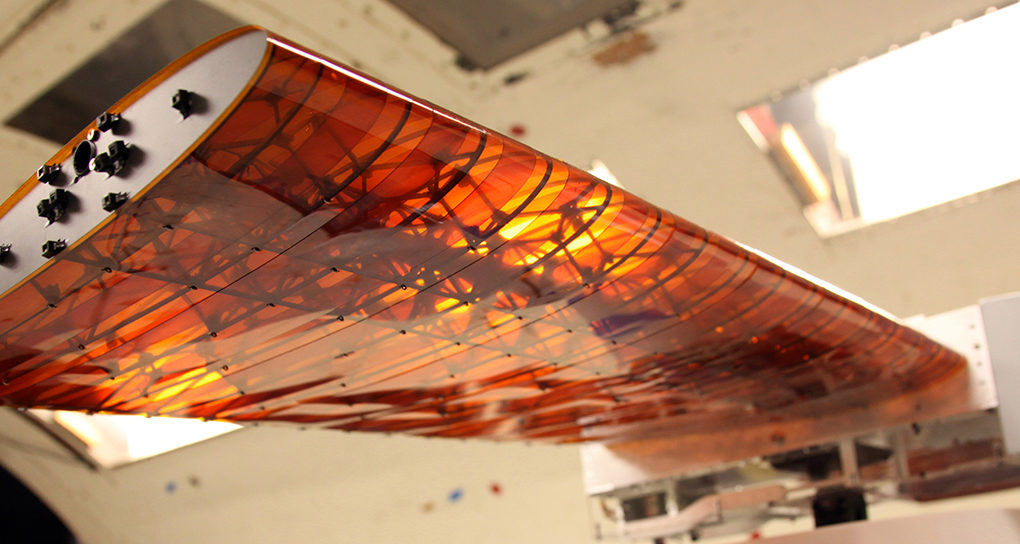 MIT and NASA researchers have developed a morphing airplane wing which could greatly simplify the manufacturing process and will make planes more fuel efficient.

The design is similar to that of Wright brothers’ Flyer 1, which they did more than a century ago. The entire wing bends and twists, but in place of wires and pulleys, this wing uses a high-strength foil on an aluminum frame.

The wing’s aerodynamics and its agility have been improved. Using an “array of tiny, lightweight structural pieces” dubbed “digital materials,” the scientists made the wings that can be assembled into a virtually infinite variety of shapes, just like LEGO blocks. The wings are able to twist with the help of activating two small motors that apply a twisting pressure to each wingtip. As per MIT, “Wind-tunnel tests of this structure showed that it at least matches the aerodynamic properties of a conventional wing, at about one-tenth the weight.”

The wings are bendable and are made of lightweight carbon fiber reinforced plastic and are assembled by a team small robots. Miniature robots crawl along or inside the wing structure as it takes shape.