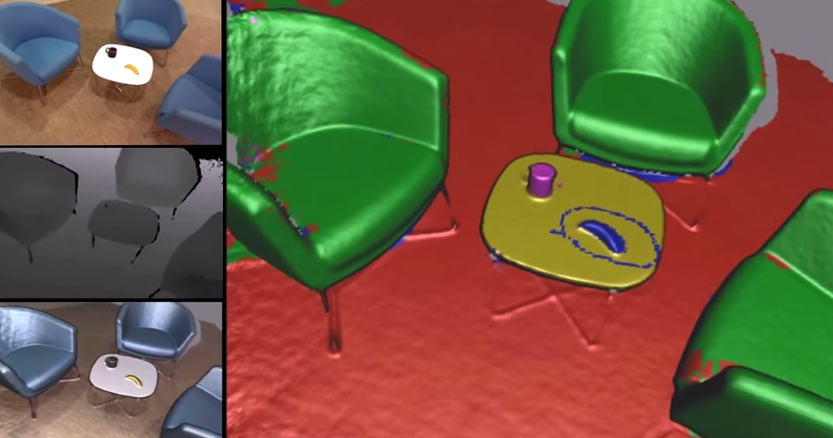 Microsoft already had the world in a tizzy when it unveiled HoloLens, but now the company just appears to be showing off with a new program called SemanticPaint.

SemanticPaint was built by the Microsoft Research team and aims to one day provide robots and autonomous vehicles the ability to literally “see” their surroundings.

Specifically, the program uses Kinect in order to digitally scan rooms or surroundings while simultaneously labeling objects by “painting” them different colors.

The term ‘painting’ is a bit confusing but once you watch the video, you will completely understand.

Users can touch or vocally identify objects they come into contact with while the program automatically categorizes the different objects within its operating system.

The more objects you interact with and identify, the better SemanticPaint gets at recognizing them.

Obviously, a program that can automatically identify its surroundings sounds like a perfect fit for robots and self-driving cars.

As long as the technology keeps progressing, don’t be surprised if you start seeing more and more of SemanticPaint in the near future.

Toilet Microphone Sensor to Listen To Sounds Of Farts, Urination, and Defecation to Detect Disease