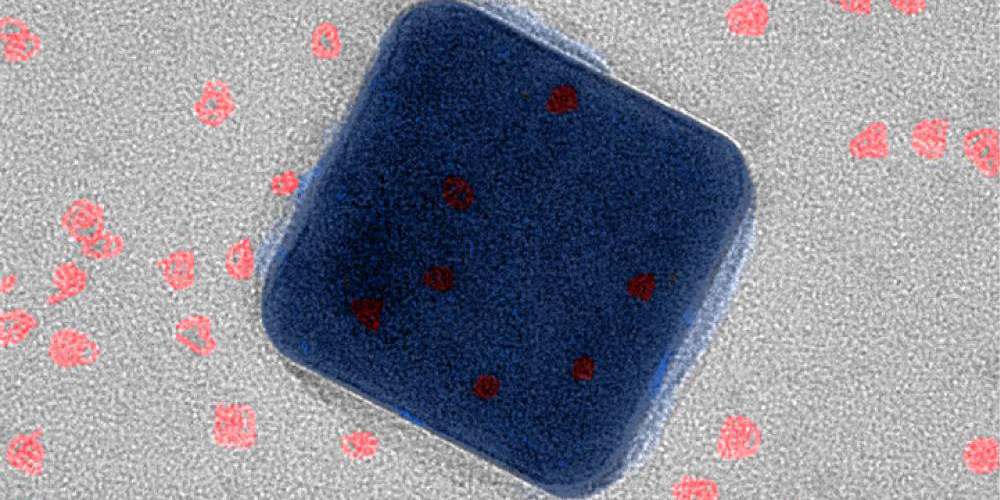 Plasmonics, an up and coming branch of physics, has helped create a cutting edge innovation in regards to optical technology.

The microscopic device pictured above can flash light on and off at an astonishing rate of 90 billion times per second!

Yes, you read that right… BILLION with a B.

The square image above is actually a nanocube that is 75 nanometers in diameter and sits atop a thin sheet of gold consisting of 20 atoms.

Between the two layers are a series of spheres known as quantum dots, which at only six nanometers wide, represent the semiconducting material.

A team from the Pratt School of Engineering at Duke discovered that when the miniature optical technology device is exposed to laser light, a phenomenon known as a plasmon occurs.

A plasmon, which is when light and free electrons combine, then excites the quantum dots at an incredibly high rate of 90 gigahertz, resulting in the quantum dots pulsing on and off 90 billion times per second.

Moving forward, the team hopes their creation can one day be used to develop new kinds of ultra-fast light circuitry to transmit data.