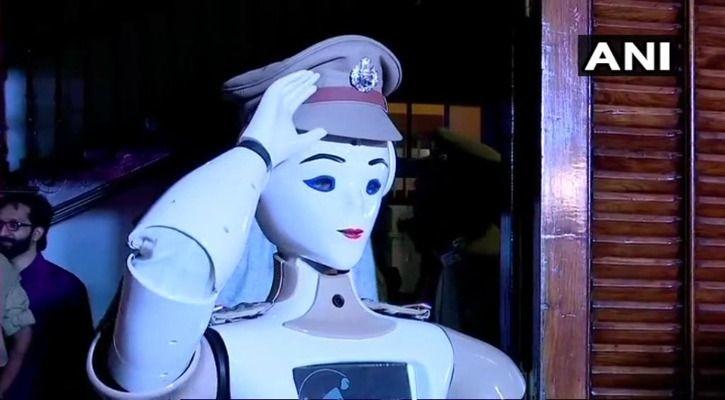 India embarked on the high road of automation by using a robot for police work. Police Headquarters in the state capital of Kerala, the southwestern state of India, has sworn in a robot cop named KP-Bot.

Its primary responsibility is to greet visitors in the front lobby, arranging appointments with officers, filing grievances, provide identity cards and direct the visitors to different locations in the police station.

If someone tries to bribe it, it will register a case against that person

This female-featured robot has been given the rank of a Sub Inspector and it knows how to salute the officers. The idea was made into reality by state based start-up Asimov Robotics. Its CEO Jayakrishnan said “In the next phase, we will be training KP-BOT to recognize and respond to Malayalam speech. There would be various kinds of petitioners, and so she would be trained in understanding their emotional state of mind and also in booking those who attempt to bribe her”