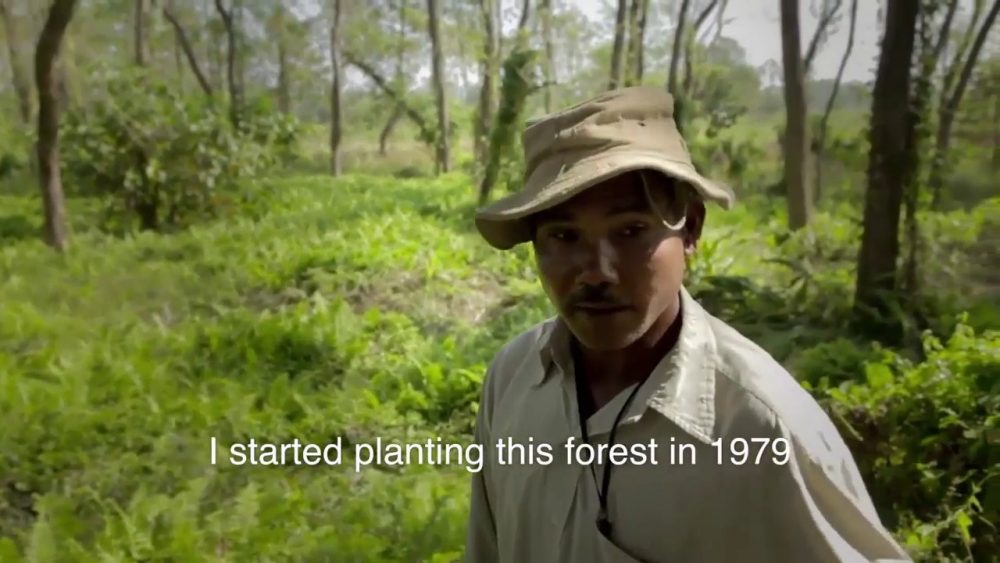 Almost three decades ago, Jadav Molai Payeng single-handedly started planting saplings on a 1,360-acre stretch of barren land, turning it into a forest reserve that later came to be known as Molai Forest.

Molai Forest is now home to Bengal tigers, Indian rhinoceroses and thousands of deer, rabbits, monkeys, and other animals, including a tremendous variety of birds. On top of that, there is even a large herd of elephants that visits the forest every year and stays for around six months.

In 1979, when Payeng was just 16 years old, he started working with the district forest department that launched a scheme of tree plantation in the area. The project was completed after five years, but he chose to stay and continue to plant more trees on his own in an effort to transform the area into a forest.

His efforts were recognized by authorities in 2008 when forest department officials came searching for a herd of elephants that had retreated into the forest after running amok and damaging property in nearby villages. The officials were surprised to find a large and dense forest in the once-barren area.

In 2012, Payeng was named the “Forest Man of India” by the School of Environmental Sciences, Jawaharlal Nehru University for his exemplary contribution to nature.

The Market May Be Idling, But It’s Raring To Go
Microsoft Reveals Newest Gaming Console The Xbox One