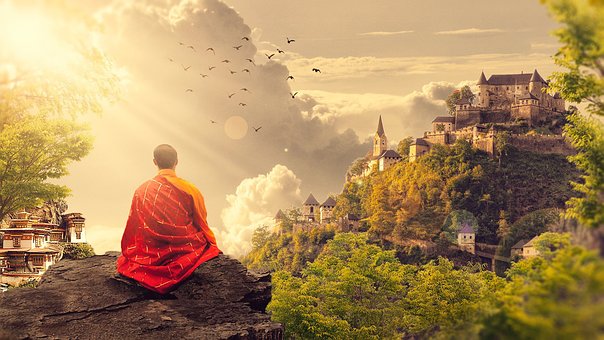 Meditation is the practice of focusing one’s mind for a period of time. It helps reduce stress levels and maintain mental hygiene.

It is an ancient practice that is believed to have originated in India several thousand years ago and was later adopted by many religions throughout the world. Some of the earliest evidence of meditation techniques have been found on wall art dating from around 5,000 BC found in caves in India depicting religious believers meditating.

Now, a study has found that meditation may regulate the gut microbiome and lower the risks of physical and mental ill health. The gut microbiome is the collection of microorganisms that inhabit the intestinal tract.

In a small comparative study, researchers analyzed the stool and blood samples of 37 Tibetan Buddhist monks from three remote temples in Tibet and 19 other residents in the neighbouring areas. The monks had practiced meditation for a minimum of 2 hours per day for 3–30 years (with an average of 7.56 years). All the participants were matched for variables such as age, blood pressure, heart rate, and diet.

Bacteroidetes and Firmicutes species were dominant in both groups as per expectations. But Bacteroidetes were significantly enriched in the monks’ stool samples (29% vs 4%). In addition, their samples also contained abundant Prevotella (42% vs 6%) and a high volume of Megamonas and Faecalibacterium.

“Collectively, several bacteria enriched in the meditation group [have been] associated with the alleviation of mental illness, suggesting that meditation can influence certain bacteria that may have a role in mental health,” the research team says.