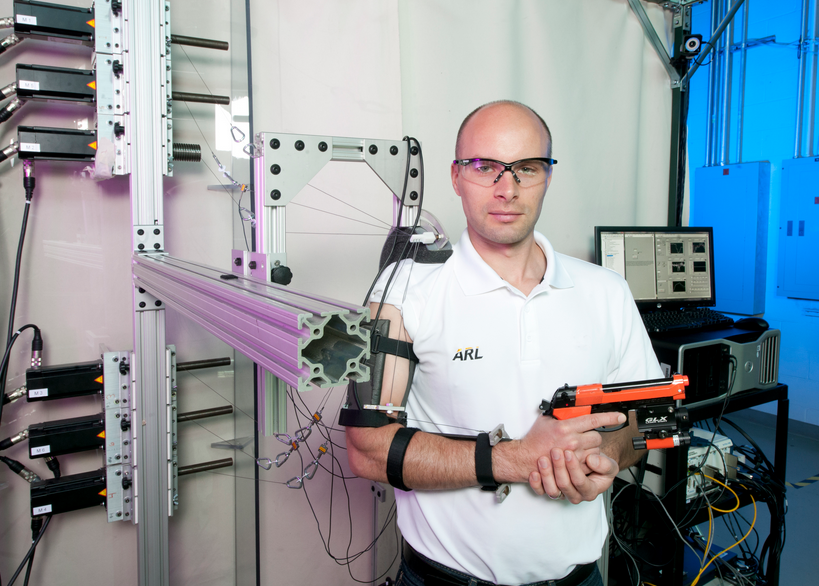 The US Army has released details regarding a mechatronic arm exoskeleton, essentially a robot, which helps soldiers shoot guns better.

The MAXFAS works by stabilizing a shooter’s arm, then uses a combination of carbon fiber, mounted motors, cables, and algorithms to ensure steady firing.

If you have ever fired a gun, you know that there is typically nervousness or adrenaline that leads to poor accuracy when first handling firearms.

“Soldiers need to be able to aim and shoot accurately and quickly in the chaos of the battlefield,” Dan Baechle, the mechanical engineer that helped build the device, said in a release. “Training with MAXFAS could improve soldiers’ accuracy, and reduce current time and ammunition requirements in basic training.”

“My vision is that one day, a more mature version of MAXFAS could be used to improve aim on the battlefield despite any adverse conditions,” Baechle added.