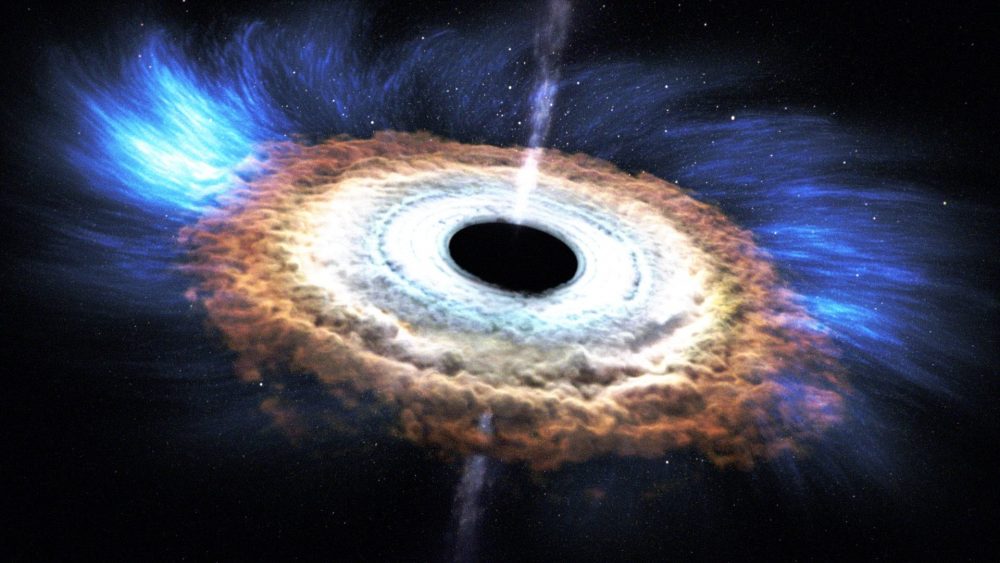 According to researchers at Rochester Institute of Technology (RIT), massive black holes are hiding “like monsters under your bed” in galaxies close to the Milky Way.

Sukanya Chakrabarti, a professor of physics at RIT and lead author of the study published in The Astrophysical Journal Letters, explained that in the outer gas disks of big spiral galaxies, conditions are favorable for the presence of black hole mergers.

“The metal content in the outer disks of spiral galaxies is also quite low and should be rife with black holes in this large area,” Chakrabarti said.

Researchers from the universities of Durham and Southampton used the NuSTAR (Nuclear Spectroscopic Telescope Array) orbiting observatory to spot these hidden holes.

Astronomer Ady Annuar, from the University of Durham’s Centre for Extragalactic Astronomy, said, “These black holes are relatively close to the Milky Way, but they have remained hidden from us until now. They’re like monsters hiding under your bed. Their recent discoveries certainly call out the question of how many other supermassive black holes we are still missing, even in our nearby universe.”

Daniel Stern, project scientist for NuSTAR, said, “It is exciting to use the power of NuSTAR to get important, unique information on these beasts, even in our cosmic backyard where they can be studied in detail.”