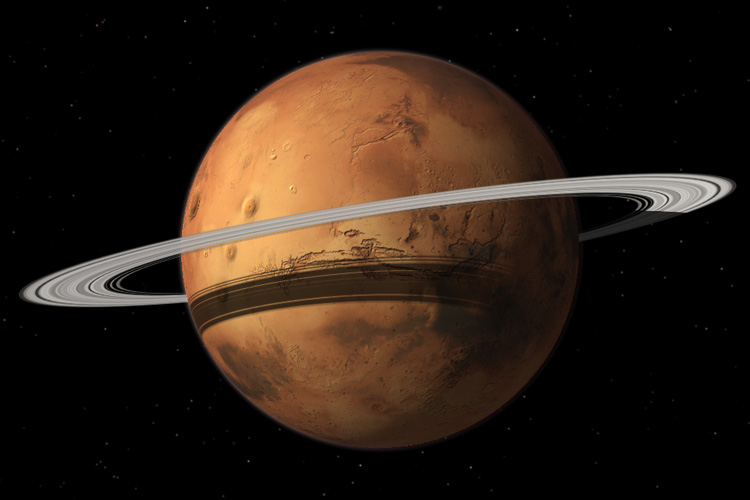 According to NASA, Mars’ largest moon, Phobos, is moving inward towards the planet. Phobos will eventually be torn apart and distributed in a ring around Mars just like those encircling Saturn and Jupiter.

As per scientists at the University of California, Berkeley, the demise of Phobos is not about to happen soon. It will probably happen in 20 to 40 million years, and rings so formed will persist for anywhere from one million to 100 million years.

Why the moon is being torn apart: Just as there is a mutual attraction between the moon and Earth, which results in the raising of tides in the oceans, similarly, Mars also pulls different parts of Phobos. These tugs are in fact strong enough to pull the moon apart and will eventually lead to the demise of the planet’s largest moon.

Formation of rings: After the breakup, resulting rubble in the form of rocks and dust would continue to orbit Mars and form rings around the planet. The majority of the debris in the rings would circle the planet for millions of years until these pieces, too, fall toward the planet and burn up as ‘moon showers.’

Watch Breakfast Being Cooked Through a Thermal Camera Because You Can!