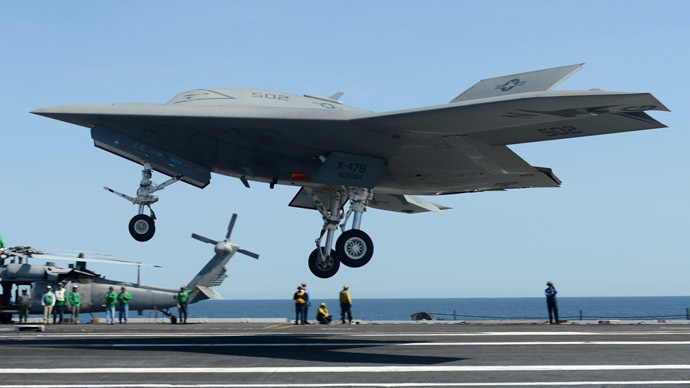 Navy Secretary Ray Mabus recently stated that the US Navy would be moving away from manned fighter jets in the future and more towards utilizing unmanned aerial vehicles, or drones.

At the Sea-Air-Space 2015 conference on Wednesday, Mabus said in a speech that the currently used F-35 Lightning fighter “should be, and almost certainly will be, the last manned strike fighter aircraft the Department of the Navy will ever buy or fly.”

He added, “Removing a human from the machine can open up room to experiment with more risk, improve systems faster, and get them to the fleet quicker.”

Essentially, worrying about the human safety factor is eliminated when drones can be used instead.

The Navy has also been experimenting with 3D-printing recently, so obviously if they want to test a new vehicle or aircraft comprised of 3D-printed parts for the first time, it makes much more sense to use a drone and not put a human in harm’s way.

Advancements in technology are allowing the Navy to explore and test new concepts quicker than ever before, a major advantage that needs to be harnessed when talking about the insane amount of money that goes into some projects, such as the F-35.

Lastly, Mabus said the Navy “cannot allow these overly complex, form-over-substance, often useless, and too often harmful, practices to slow or prevent development of some game changers, while simultaneously giving our potential adversaries the competitive advantage.”