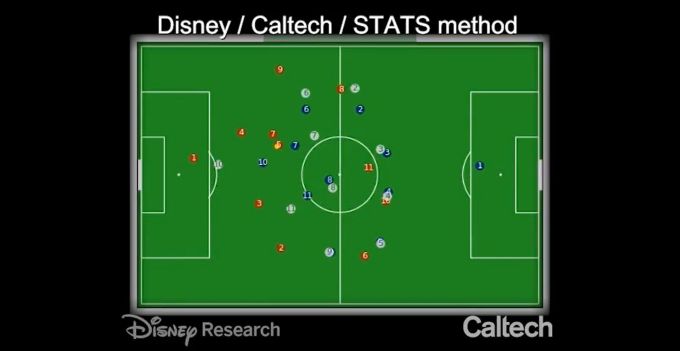 Engineers at the California Institute of Technology, along with colleagues from Disney Research and STATS (a major supplier of sports data), have developed a machine learning algorithm that watches soccer matches and learns the game in much the same way that fans of the sport do.

The machine learning algorithm analyzes tracking data to learn how players coordinate with one another to position themselves on the field. But it does not simply follow the movements of players, it is able to determine the meaning of the movements—something not included in the data the machine sees.

The researchers used graphical models to help the machines understand the roles of the players on the field—for example, players in different roles tend to occupy different spaces on the playing field. This allows the algorithm to learn and understand what the players are doing.

The results could help teams to review their performances and improve their game, showing them how players should move in various situations based on the attacking strategies of the opposing team.

But the benefits of this research are not for soccer players only. “This new capability, however, has applications well beyond sports,” says Markus Gross, vice president for research at Disney Research. “These include the control of teams of robots for emergency response, autonomous vehicle planning, and modeling of collective animal behavior.”

If you would like in-depth information about this subject, and we mean in-depth, the paper documenting this research is here.