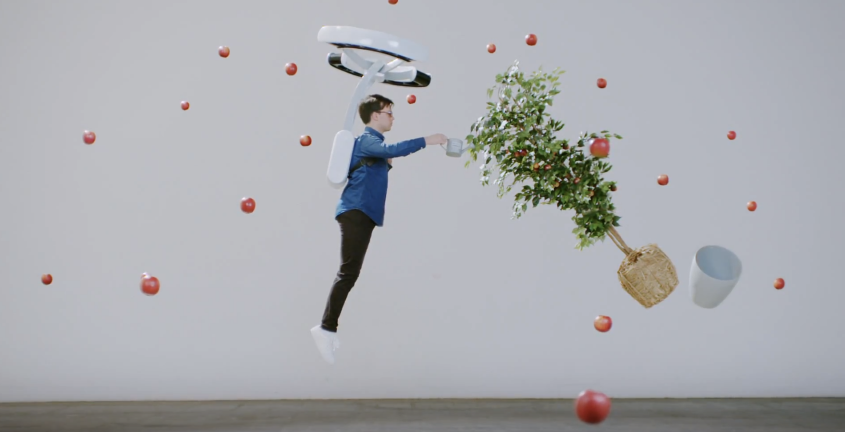 A team of University of Tokyo students has developed something that’s a bit tough to even describe, but perhaps “hover backpack” gets the job done?

The nonfunctioning prototype, called Lunativity, is described as a backpack multi-rotor for jump augmentation.

Essentially, as you will see in the video below, it gives the user an improved jumping ability and the feeling of floating for short periods of time.

If you’ve ever played Halo, the jumping from the gameplay is the closest comparison I can think of to describe the experience. The team behind the product says it should allow someone to jump two to three times higher than normal.

There’s no pricing or release date for Lunativity at this point, but it’s one of the more unique concepts out there right now.

The team behind Lunativity describe the idea behind it as a way to “make the world a more interesting place.”