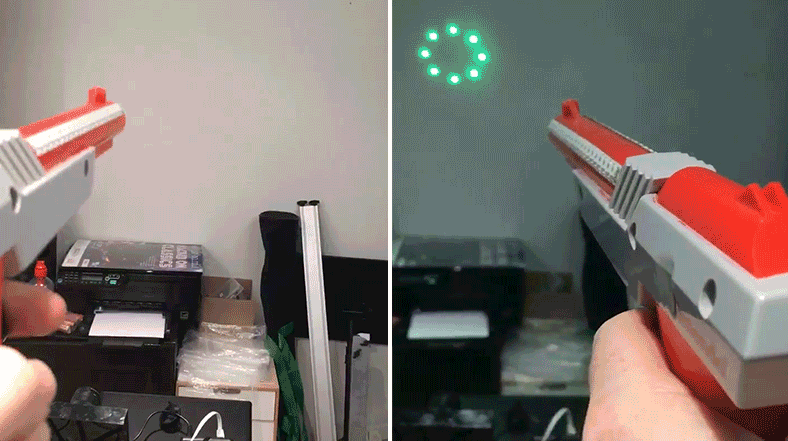 Hacker Seb Lee-Delisle turned the NES Zapper into a full-blown laser pistol in preparation for the ‘Hacked on Classics’ show in Brighton, United Kingdom.

To create the NES Zapper laser gun, Lee-Delisle utilized everything from e-cigarette parts and LEDs to a green laser.

The gun is designed to where it actually looks like legit laser blasts are being fired thanks to perfect timing of the electronics.

For the laser to appear on the wall, a separate computer-controlled laser utilizes a camera to estimate where the Zapper is pointed.

And perhaps the coolest part of the NES Zapper laser gun is the fact that a puff of smoke is dispensed once the trigger is pulled.

Fastest-Accelerating Electric Car in the World Goes 0 to 60 MPH in 1.513 Seconds