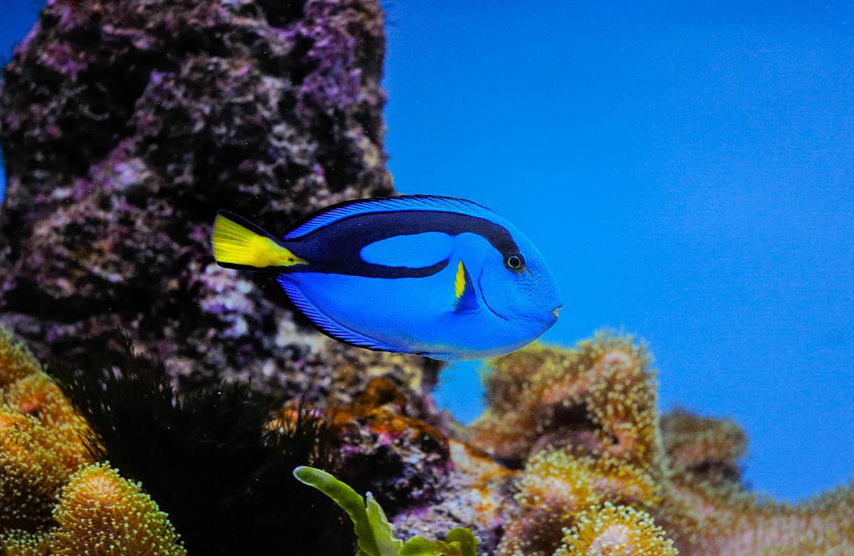 If you happen to find Dory while on your summer snorkeling adventure, please leave it where it belongs: in the ocean. Biologists are concerned that the popularity of the little fish, featured in Disney movies, will cause an explosion of people seeking blue tangs for their own fish tanks.

What’s not to love about an adorable little blue and yellow fish with an eager-to-please disposition and Ellen DeGeneres’ voice? Ever since the release of Finding Nemo in 2003, the little sidekick, Dory, has become one of Pixar’s most popular characters of all time. Now, Dory gets the spotlight in this summer’s release of Finding Dory. The shelves are stocked with Dory replicas, and advertisers are scrambling to get Dory’s image on their products used by kids, such as bandages. Families have been on pins and needles in anticipation of the movie’s release.

Biologists, on the other hand, are not so ecstatic. They’ve seen these kinds of frenzies in the past, and they did not bode well for the anthropomorphized feature creatures. Now, they fear that the little fish, actually a non-verbal Pacific blue tang, will become such a hot item that it will create an illegal trade to fulfill the rapid demand.

This is not just speculation; it has happened many times before. The movie Finding Nemo spawned an interest in clownfish and reports said that some kids thought they could give theirs freedom, like in the movie, by flushing it down the toilet. After The Teenage Mutant Ninja Turtles came on the scene, the run on turtles as pets is said to have resulted in the demise of about 90% of those turtles purchased. And, an especially sad testament is the number of Chihuahua’s that ended up in shelters after the movie Beverly Hills Chihuahua. Fads should be limited to inanimate objects, not live subjects. The blue tang (Paracanthurus hepatus) is a beautiful rich blue color with a yellow tail and black markings. It is disc shaped with a long snout. It gets its species designation as a surgeon fish and its common name “tang” from the two barbs that stick out sideways where the tail and body join. This defense mechanism can produce a scalpel sharp cut when the tail thrashes sideways when in fear.

Despite its popularity as an aquarium specimen, the regal blue tangs are not easy to keep in a contained environment because they have such a specific dietary requirement of spirulina, can grow to about a foot in size, and are prone to parasites and disease. And, the illegal trade is a horrific example of the disregard for wildlife and ecology where the profit imperative is involved.

Blue tangs have a role to play in nature, being reef fish that eat algae. They use their sharp teeth to rip algae from the reefs, cleaning them and preventing the algae from overgrowing and smothering the corals. They have a wide range, but are not found in abundance in any area, and they travel in pairs or groups of up to a dozen, with a lifespan of about a decade.

Concern over the potential flood of purchasing blue tangs has even prompted a petition with more than 100,000 signatures asking Disney to post a warning at the beginning of the Finding Dory flick, imploring viewers NOT to take one home. We’ll see how Disney responds.

If you and your kids really love Dory, let blue tangs stay in the ocean and focus your collecting on the numerous inanimate promotional tchotchkes that don’t require salt water and special food for survival. And, maybe you can just get a colorful glass replica to put in your aquarium.