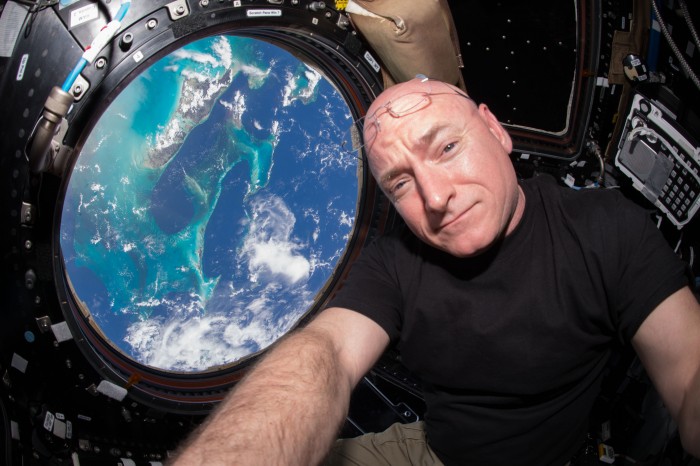 Scott Kelly is in the midst of a one-year mission, scheduled to return to Earth in March 2016, and has officially surpassed Michael Lopez-Alegria’s record for the longest single spaceflight of an American astronaut.

The previous record held by Lopez-Alegria was 215 days.

Kelly is no stranger to records as he shares another record with Russian cosmonaut Mikhail Kornienko for the longest single stay on the International Space Station.

In addition, Scott Kelly broke the American record of 382 cumulative days in space held by Michael Fincke a few weeks ago on October 16, 2015, a number that will jump to a cumulative 522 days in space over four missions if he returns on schedule.

Expect Kelly to receive a warm welcome when he, Kornienko, and Sergey Volkov return to Earth on the TMA-18M Soyuz spacecraft on March 3, 2016.